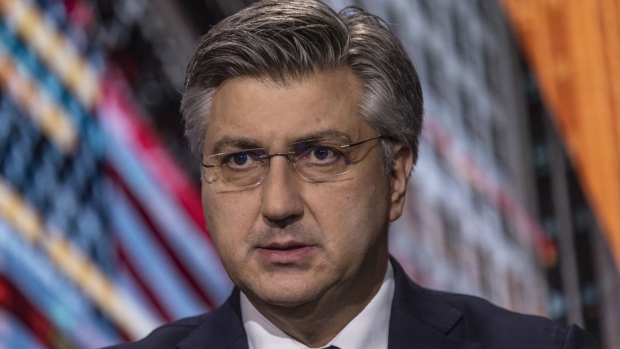 Andrej Plenkovic, Croatia's prime minister, speaks during a Bloomberg Television interview in New York, US, on Friday, Sept. 23, 2022. The European Union Has a clear will to extend sanctions against Russia, Plenkovic said. , Bloomberg

“There is a clear political will that these sanctions should continue, either being rolled over or even new,” Plenkovic said in a Bloomberg TV interview on the sidelines of the United Nations General Assembly meetings Friday.

He said it was “a critical position,” following Russian President Vladimir Putin’s announcement that he would boost his military’s numbers through a partial mobilization, mentioned the use of nuclear weapons and organize sham referendums in occupied regions of Ukraine aimed at absorbing them into Russia.

Plenkovic also said it will be “very difficult” to cap the price of oil at the EU level.

“What we should do is think of some sort of way of limiting the gas price, because the gas price influences the price of electricity,” he said. “This is not a moment for speculators to have excessive profits which in our view is totally inappropriate and immoral at a time like this.”