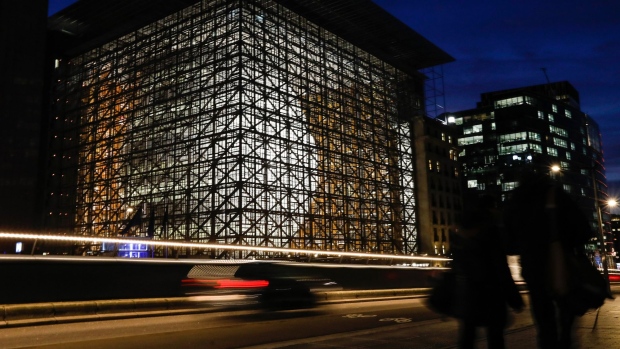 European Council officials will meet on Wednesday to discuss calls to delay sweeping reforms that threaten to drive up costs in Europe’s settled-securities market.

Brussels is facing pressure from lobby groups to postpone the February start date of changes designed to help make settling securities safer and more efficient in the bloc. Under the proposals, if one party fails to deliver a security as planned, the other side will be able to buy it independently then pass the cost back to the original counterparty, according to Ashley Rowlands, managing associate at Linklaters LLP.

This process is currently voluntary, but would become mandatory, he said.

The measures have sparked pushback from industry groups, the European Securities and Markets Authority and Italian officials, amid concerns that firms are unprepared and that the changes could threaten the bloc’s competitiveness. There were more than 53 trillion-euro ($61 trillion) worth of securities in EU securities settlement systems at the end of 2019, according to European Central Bank data cited by the European Commission.

The Council’s working party on financial services and banking union will discuss the matter at 1:30 p.m. London time, according to a copy of the agenda.

ESMA called for a delay in September and said the reforms were causing companies “serious difficulties.” It’s waiting for further clarity from the Commission, and the ball is in their court, according to a spokeswoman for the regulator.

And the Italian delegation to the working group has said the reforms are “truly problematic” and could increase pressure on liquidity in the market, as well as drive up the cost of certain securities, according to a working paper dated Monday.

“Applying the mandatory buy-in rules in their current form could potentially negatively impact the efficiency and competitiveness of European capital and settlement markets,” the Italian delegation said. ESMA has said changing systems and processes could drive up costs for businesses.

For the rules to kick in on time, a delegated act is needed from the European Commission, which the Council has yet to receive, according to an EU official who asked not to be named. A representative for the EU’s executive branch wasn’t immediately available to respond to an emailed request for comment.

The reforms would affect secondary-market bond and share sales, as well as certain stock loans and repurchase agreements, according to Linklaters’ Rowlands. The changes could deter firms from trading certain securities and reduce market liquidity, he said.

“People internally have to adapt their systems, on the legal side there is a very big lift,” he said in an interview. “If you look at the wider context where people have had large Libor, Brexit and MiFID II repapering projects in recent years, this is something that has created a bit of strain.”