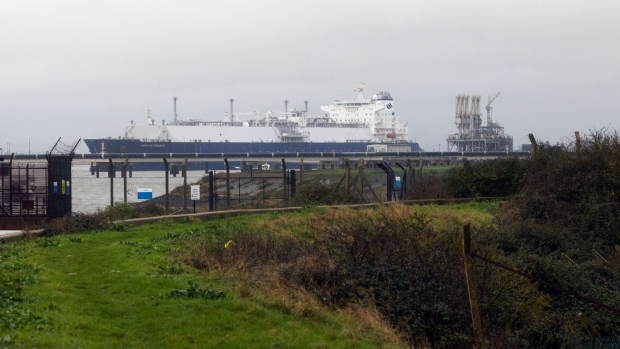 (Bloomberg) -- The European Union’s executive arm is testing the waters to see if its trading partners, including the United States, could boost natural gas supplies to the region amid limited shipments from Russia and rising geopolitical risks, according to the bloc’s energy chief.

While the EU has a robust gas infrastructure and clear procedures in case of emergencies, it needs to remain “extremely vigilant” and improve its risk-preparedness, Energy Commissioner Kadri Simson said after a meeting with ministers from member states on Saturday. The European Commission is analyzing different scenarios to make sure national plans are fit for purpose at a time of unusually low gas storage levels and increased tensions beyond its eastern borders.

“The Commission is also discussing with our partners the potential to increase supplies to Europe,” Simson told reporters in Amiens, France. She said she will attend meetings of the Southern Gas Corridor in Azerbaijan on Feb. 4 and the EU-U.S. Energy Council three days later in Washington to continue the discussions.

The unprecedented energy crunch pushed gas and power prices to record highs, forcing some industrial giants in Europe to curtail production and making individual consumers reel from rising bills. Storage tanks in the EU were at their lowest seasonal level in more than a decade, after longer-than-usual maintenance at Norwegian fields and Russia rebuilding its own inventories. Tensions over Russia’s military buildup along the Ukraine border are also fueling concerns about Russian gas supply should the situation deteriorate into conflict.

Among the bloc’s 27 member states, 22 implemented measures to cushion the impact of the energy crisis, such as lower taxation and duties, direct income support and vouchers, according to the Commission.

The tools taken beyond taxation and duties helped around 70 million household customers and several million small- and medium-sized companies. The Commission estimates that these actions to protect consumers amount to more than 21 billion euros ($24 billion).

To boost its resilience to future price shocks, the EU is discussing draft rules to improve the coordination on gas storage and enable voluntary purchases of strategic gas reserves. The Commission is also analyzing if and how the bloc could reform its power market.

“But as I have said many times before, the only lasting solution to our dependency on fossil fuels and hence volatile energy prices is to complete the green transition,“ Simson said.