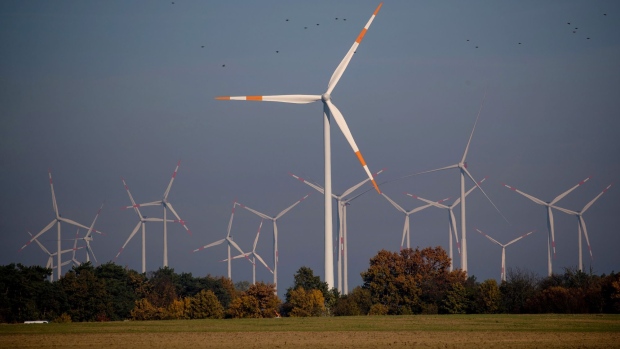 (Bloomberg) -- The European Union should bolster a new climate fund to shield its poorest citizens from the costs of the green energy transition, according to a report from a key lawmaker seen by Bloomberg News.

The Social Climate Fund should start in 2024 -- a year earlier than the European Commission proposed -- backed by increased auction revenue from the bloc’s new emissions trading system covering transport and heating, according to a draft report by Esther de Lange of the European People’s Party group. That could boost its funds above the 72 billion euros ($82 billion) currently envisaged.

Soaring energy prices across Europe have put the spotlight on the cost of the EU’s plan to become carbon neutral by 2050. Protecting the poorest -- potentially through tax cuts and other forms of direct income support -- should be a priority as the new trading system could raise transport and heating costs for consumers, the lawmaker said.

“The green transition should be feasible for everyone, not just those who can afford it,” de Lange told Bloomberg News.

While a number of EU countries, including France, have expressed fears that the expansion of emissions trading could spur civil unrest, it’s essential for funding the bloc’s climate support mechanism. De Lange said the fund must ensure that poorer citizens don’t face the “risk of energy and transport poverty.”

In addition, de Lange wants the fund to spur a second-hand market in electric vehicles by limiting support to just the cheapest 50% produced in a given year.

And amid rising concern about financial support being given to EU states that breach the bloc’s Rule of Law guidelines, the lawmaker added an amendment that enshrines conditionality to disbursements from the climate fund.