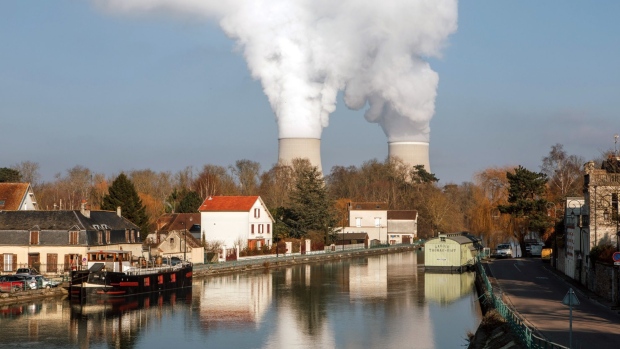 European Union leaders may hold off on endorsing intervention in the bloc’s wholesale energy market as member states are divided on the most effective emergency options to curb soaring power and gas prices, exacerbated by Russia’s invasion of Ukraine.

Instead, at a summit this week in Brussels, the EU heads of government may agree on immediate actions to replenish depleted natural gas storage and on urgent measures to help retail consumers shoulder some of the burden of rising energy bills, according to diplomats with knowledge of the matter.

Energy was catapulted to the top of Europe’s political agenda after fossil fuel costs hit records amid a gas supply crunch and concerns over shipments from Russia, the biggest source of EU imports. While the European Commission, the EU’s executive arm, has outlined steps to reduce the dependence on Moscow by nearly two-thirds already this year, governments are coming under mounting pressure from consumers and companies to cushion the impact of the crisis.

But the split within the EU is deepening over how to deal with the price spikes, as countries predominantly in the south of the bloc are calling for urgent action to decouple power costs from gas prices and northern members are urging restraint.

The commission is currently designing its second set of emergency measures that member states will be able to choose from. They will focus on income support to vulnerable consumers, such as vouchers or partial bill payments, and state aid for affected businesses, according to the diplomats, who asked not to be identified as talks on the matter are private. The toolbox will be adopted this week and presented to the leaders at their March 24-25 meeting.

Short-term emergency steps could also include a cut in excise duties and value-added tax rates on energy products, the diplomats said. Another tool to be outlined to the leaders would be starting an entity that would buy electricity on the market and then sell it to certain consumers below current market prices. The biggest hurdle to that would be high budget costs.

In yet another option of reducing end-prices, a reference price could be set for the wholesale market. Under such a scenario, power generators would be subsidized for the difference between their actual costs of gas, oil or coal and a pre-set reference price. Alternatively, a cap could be introduced on the wholesale electricity market.

Yet in the assessment of the commission, in addition to being costly, such steps could distort competition and complicate cross-border trade.

The EU’s executive arm is also set to highlight the possibility of taxing exceptional profits of some energy companies that don’t depend on gas and therefore aren’t facing extremely high production costs. Returns of players in the gas market selling volumes contracted long-term at much higher prices in spot deals could also be subject to such a tax, with proceeds used to aid consumers.

Another option would be regulatory intervention through temporarily imposing a price on excessive profits of some power producers. Yet that would be a risky step in the commission’s view, potentially triggering legal challenges and risks to the security of supply.

At the same time, nations including the Netherlands, Denmark, Germany, Estonia and Finland have warned against intervening in the wholesale market and oppose a price limit. The EU needs unanimity to take these kinds of political decisions, but member states have such varying sources of energy that it’s difficult to fashion a joint emergency response.

In the run-up to the summit, the commission told ambassadors from member states that there’s no silver bullet and all options have their advantages and drawbacks, according to the diplomats. While the market situation could be perceived as justifying a cap on gas prices, such a move could heighten security of supply risks and trigger lawsuits. Having that option on the cards may be a signal to the market that the EU’s tolerance has its limits, yet it should be best considered as a last resort.

An alternative way to lower gas prices suggested by the EU executive is using in negotiations with international partners the bloc’s leverage as the biggest buyer of gas from pipelines. To bolster the energy security, the commission is planning to adopt before the summit a draft law on energy storage and offered to help carry out joint purchases of gas to ensure supplies for next winter.

The importance of replenishing reserves and European coordination is recognized by all member states, the diplomats said. According to a draft statement to be adopted at the summit, seen by Bloomberg News last week, the leaders are set to endorse refilling storage immediately and pledge to work together with the commission to ensure adequate levels before the next heating season.