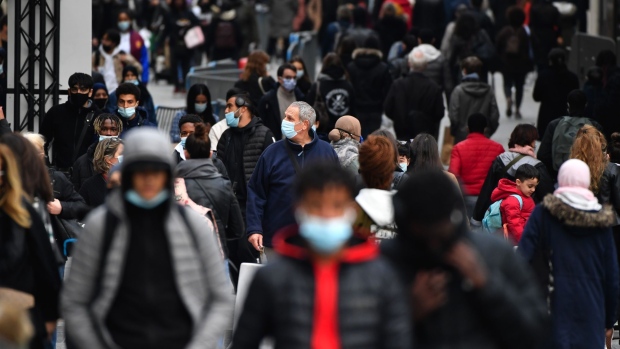 (Bloomberg) -- The European Commission wants to phase out state support to companies next year that’s seen governments pledge or give some 3 trillion euros ($3.5 trillion) to keep businesses going during the pandemic.

Margrethe Vestager, the commissioner who checks on state aid, is asking European Union governments to back “a progressive phase out of crisis support measures” which will end many support programs by June 30.

“We are finally seeing light at the end of the tunnel, with the European economy bouncing back strongly,” she said in an emailed statement on Thursday. The phase-out will be accompanied by measures to kickstart and attract private investment in the recovery phase to replace state funding, she said.

She’s suggesting some aid can stay in place for longer such as solvency support that could trigger private funding for small and medium-sized firms, which usually rely on bank financing and may face heavy debt loads.

EU governments can comment on the proposals and demand tweaks before they become final.