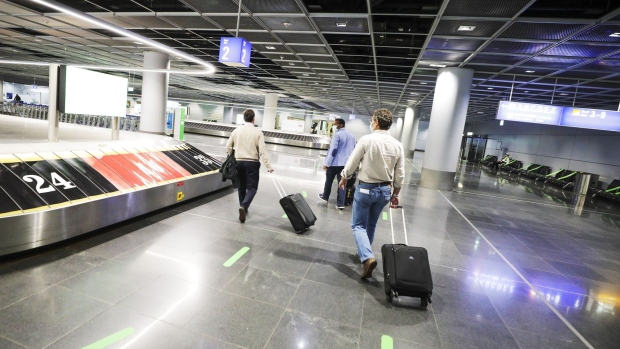 The European Union showed no sign of reopening its doors to Americans by backtracking further on a plan to let in more foreign travelers amid a resurgence in coronavirus cases around the world.

EU envoys in Brussels on Wednesday recommended removing Algeria from a list of 13 states whose residents have the green light to visit the bloc, said officials familiar with the matter. Τhe U.S. will remain off the list of allowed countries, while China stays in, according to the officials who spoke on the condition of anonymity because deliberations were confidential.

The verdict -- a non-binding recommendation to EU national governments -- means their external borders should stay shut to people from most countries for at least two more weeks. The latest recommendation is due to be formally approved on Thursday.

The EU is conducting its second biweekly review of a July 1 move to loosen a pandemic-induced curb on non-essential travel to the bloc. In the first review completed on July 17, the EU shortened the list from an original 15 states by removing Serbia and Montenegro as a result of new infections there.

A resurgence in virus cases globally is hampering European efforts to emerge from national lockdowns and revive domestic economies during the summer tourist season.

The external-border recommendation covers 30 European countries: all EU member states except Ireland plus Iceland, Liechtenstein, Norway and Switzerland because they are part of the bloc’s passport-free travel area.