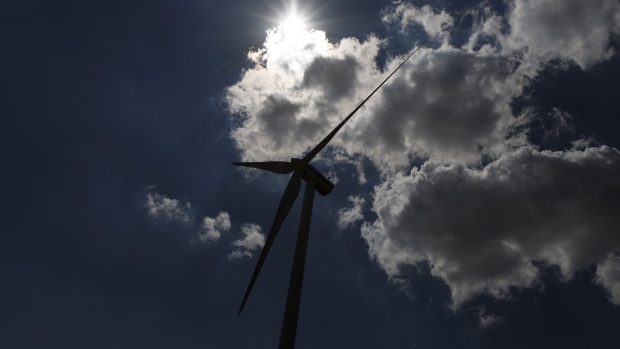 (Bloomberg) -- The European Union unveiled plans to ensure that projects to scrub carbon dioxide from the atmosphere -- seen as critical to keeping global warming below 1.5 degrees Celsius -- really do help tackle climate change.

The European Commission, the bloc’s executive branch, proposed on Wednesday rules to establish a certification system for carbon removals so that capturing emissions from the atmosphere lives up to its promise. Over the coming years, the EU will lay out how solutions from planting forests to directly sucking CO2 out of the air can qualify for the bloc’s gold stamp.

The initial proposal is light on detail -- laying out broad quality criteria to ensure that carbon removals are robust. Those include how to measure accurately the amount of CO2 captured, make sure that it is stored for a long time and that it’s greenhouse gases that wouldn’t have otherwise been taken from the atmosphere.

“Emissions cuts will always be the core of our efforts, but it’s impossible to bring all of our emissions down to zero,” said Frans Timmermans, the EU’s climate chief at a media conference. “The certification framework for carbon removals ensures that whenever a ton of carbon is said to have been taken from the atmosphere, we can verify that claim.”

It’s unclear at this stage who would be responsible should CO2 escape back into the atmosphere, with that likely depending on the type of technology being employed. How exactly the certification will be used is also an open question, including whether it can be used in voluntary carbon markets, which environmentalists worry could create opportunities for so-called greenwashing.

“There’s different types of removals -- not all of them lead to permanent storage,” said Wijnand Stoefs, policy lead on carbon removals at Carbon Market Watch, a climate non-profit. “They want to do this homework. It’s a good idea to take it nice and slow in the beginning.”

Read more: EU Set to Lay Out How Carbon Removal Solutions Can Be Certified

Removing carbon from the atmosphere is a controversial area. Environmental groups worry that focusing too much on such solutions could overshadow the priority of cutting emissions. There are also a number of technical obstacles, such as the question of who pays if a forest burns down, releasing carbon dioxide back into the atmosphere -- is it the responsibility of the landowner 100 years after the trees were first planted, or the owner of a carbon offset?

Still, removals are seen as essential if the world wants to meet the Paris Agreement target of keeping global warming to 1.5 degrees Celsius. Some sectors may be impossible to decarbonize by the middle of the century, meaning that emissions will instead have to be taken out of the atmosphere to compensate. The EU has also said that removal solutions will be critical to meeting its climate neutrality goal by 2050.

The rules launched on Wednesday will have to be negotiated with Parliament and member states. While that is going on, the bloc will work with expert groups to come up with methodologies on how different solutions can be certified -- the first of which could come in 2024 or 2025, according to a senior official.

The EU’s certification plan is the most ambitious globally, according to Stoefs. Peter Vis, senior adviser at Rud Pedersen Public Affairs, said that the end-goal should be to link technological solutions with the Emissions Trading System, which puts a price on pollution.

“Minimizing emissions is important, but to achieve net zero in 2050 Europe needs to scale-up technological removals as soon as possible,” Vis said.