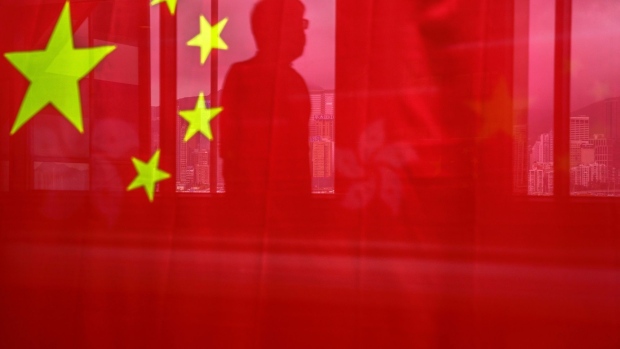 (Bloomberg) -- The European Union and the U.S. are cautiously moving to rein in China, seeking stronger enforcement of investment-screening rules and trying to keep technology from being misused to threaten security and human rights, according to a draft of outcomes ahead of key talks that may be postponed.

The document, prepared for the inaugural meeting of the U.S.-EU Trade and Technology Council on Sept. 29 and seen by Bloomberg, states the nations will cooperate to promote labor rights, combat forced labor, and that they will work together on export controls to protect international security and support a global level-playing field. They will also jointly resist challenges to their trade policies arising from non-market distortive policies, a reference to China. The draft is subject to change.

The Pittsburgh meeting is aimed at allowing the EU and U.S. to discuss regulatory alignment that would strengthen their joint position with regard to China, which they have accused of human-rights abuses, cyber-espionage and flooding global markets with artificially cheap goods to undermine competitors.

Top Biden administration officials including Commerce Secretary Gina Raimondo and Trade Representative Katherine Tai are due to host European Commission Executive Vice Presidents Margrethe Vestager and Valdis Dombrovskis at the pivotal meeting. But it hangs in the balance after France sought to have it delayed.

Paris is gaining support from EU member states including the Netherlands to postpone the summit to allow them to assess a new defense pact Washington struck with Australia and the U.K.

Australia decided to renege on a A$90 billion ($65.2 billion) submarine contract with France, enabling the U.S. and U.K. to supply more modern nuclear-powered submarines to Canberra.

The European Commission is analyzing the impact of the defense deal on the schedule for the TTC meeting, a spokesperson said. The office of the U.S. Trade Representative didn’t immediately respond to a request for comment on the draft.

According to the draft document, the TTC establishes 10 working groups in areas where the U.S. and EU plan to strengthen their relationship and cooperation, ranging from technology standards, climate, supply chains and semiconductors, and global trade challenges.

Nations will share information on non-market distortive policies and practices that pose particular challenges for U.S. and EU workers and businesses to develop ways to mitigate the risks, according to the document.

Forced technology transfer, state-sponsored theft of intellectual property; market-distorting industrial subsidies -- including support given to and through state-owned enterprises -- and discriminatory treatment of foreign companies and their products and services are among the distortive acts listed, all of which the U.S. says China practices.