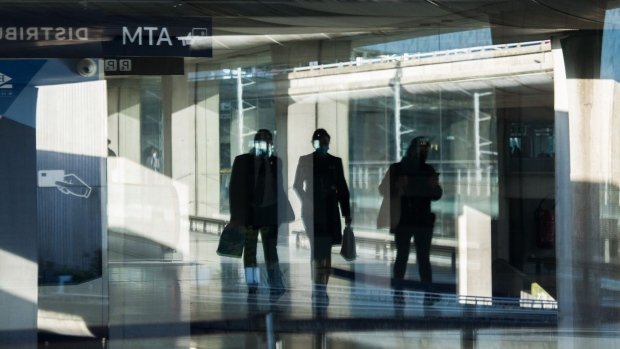 (Bloomberg) -- The European Union delayed unveiling a proposal to update its Covid-19 travel guidelines as it waits for guidance from the bloc’s public health agency on the efficacy of different vaccines.

The European Commission, the EU’s executive arm, may present the proposal later this week or early next week, depending on when it receives data from the European Center for Disease Prevention and Control, according to officials familiar with the plans.

The proposal will likely recommend that nations impose travel restrictions based on whether individuals have been vaccinated or have recovered from Covid, rather than the current system that judges where people are traveling from, said the officials who asked not to be identified because the preparations are private.

The proposal will also seek to give guidance on how long vaccinations should remain valid, according to the officials. While some member states don’t have an expiration date for their vaccination certificates, others require a booster for it to stay valid. Austria recently cut the validity of vaccine certificates to nine months from 12.

The EU proposal will be a non-binding recommendation as decisions on health matters are a national competence.

EU governments are pushing for the EU to help smooth out differences on safeguarding free travel, against a backdrop of contrasting approaches to how long vaccinations are efficient for, and how to manage booster shots as a new wave of the pandemic accelerates across the area.

Greek Prime Minister Kyriakos Mitsotakis announced last week that those above 60 years old will need to have a third shot in order to keep their vaccination certificates current.

Keen to maintain free travel as much as possible, the commission will likely leave it up to member states whether and how to discriminate between the vaccinated and unvaccinated, one of the officials said. It is expected to advise updating certificates with booster shots.

On travel to the EU, the commission is likely to shift from a massive white list of countries to focusing on a much shorter black list of unsafe nations, possibly with vaccinated people still allowed to travel from them but with member states imposing extra measures such as quarantines.