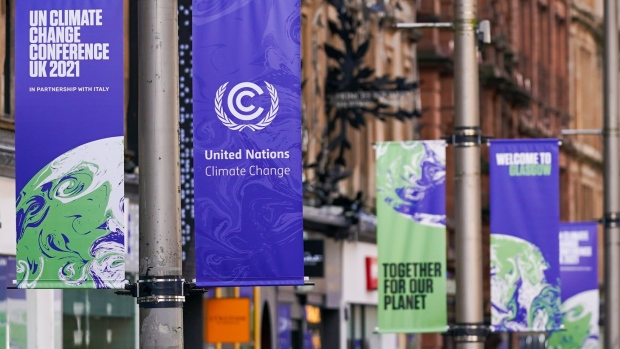 (Bloomberg) -- The European Union wants to see what more China will do to step up its climate ambitions and when it plans to have its carbon emissions stop rising, the bloc’s climate chief Frans Timmermans said Tuesday.

Timmermans is set to meet with China’s special envoy on climate change Xie Zhenhua in London on Wednesday in an effort to build momentum ahead of the United Nations talks known as COP26 in Glasgow starting Oct. 31.

“They say they want to be more ambitious,” Timmermans said in an interview on Bloomberg Television. “I hope I can get a clear idea of when they think they can peak out their emissions.”

China is one of the most high-profile countries to have not yet submitted a revised emissions-cutting plan, which is seen as a key component of success to keep the world within 1.5 degrees of global warming from pre-industrial levels.

Phasing out coal is a principal goal of many countries, but Group of 20 diplomats have all but given up on their lofty goal of consigning it to history amid an energy crunch that has sent electricity prices soaring. While China has said it will end overseas financing for coal-fired power plants, it has also urged miners to dig up as much coal as they can to meet growing energy demand domestically. The EU is battling its own price surge, with energy ministers clashing at an emergency meeting Tuesday.

China has said its goal is for carbon emissions to peak before 2030.

Timmermans is the key architect behind the EU’s plan to become climate neutral by the middle of the century, unveiling in July a raft of proposals to cut emissions by 55% by 2030 from 1990 levels. He denied that recent tensions with Poland over rule-of-law disputes could derail those plans, stressing that the nation would be one of the biggest beneficiaries of the transition to a low-carbon economy.

“We have a compelling proposal, especially for countries that need help in transiting such as Poland,” Timmermans said. “Poland is the first country that can profit enormously from support.”