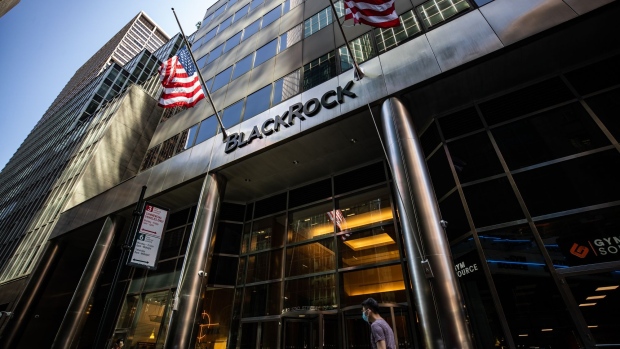 (Bloomberg) -- The European Commission failed to fully consider conflicts of interest when it appointed BlackRock Inc. to advise on new sustainable-finance rules for banks, according to a ruling by the European Union’s watchdog.The EU’s executive body “did not provide sufficient guarantees to exclude any legitimate doubt” of potential conflicts of interest when it hired the world’s largest asset-management firm, according to the Wednesday ruling by EU ombudsman Emily O’Reilly. The decision has no legal power to force the Commission to cancel the mandate, but may pressure the body to do so.

The decision is a small win for environmentalists, who have long targeted BlackRock because of its outsized holdings of the world’s biggest fossil fuel companies — it’s among the largest investors in Exxon Mobil Corp., Royal Dutch Shell Plc and BP Plc — and its perceived reticence in taking them to task on their climate impact. Protesters have trailed CEO Larry Fink to work and have held demonstrations outside the firm’s offices.

“It was questionable for the Commission to conclude that there were no legal grounds to exclude BlackRock Investment Management from the procurement procedure,” O’Reilly wrote in her report. She recommended the Commission provide its staff with clearer guidelines on potential conflicts of interest for policy-related procurement and should consider strengthening financial regulation provisions on the issue.

BlackRock’s FMA unit has “taken a wide-ranging and inclusive approach, including academia, civil society, banks, supervisors and market practitioners, and looks forward to completing its work and delivering its final report to the Commission,” Ryan O’Keeffe, a spokesman for the company, said before the ombudsman's decision was published. The Commission declined to comment ahead of O’Reilly’s report.The complaint that led to the ruling highlighted BlackRock’s bid for the contract. The firm offered to charge 280,000 euros ($332,000), around half of the contract’s initial estimated value. O’Reilly said the Commission failed to fully examine why the offer was so low.  BlackRock “may have sought to win this contract because it gave it an opportunity to influence and gain understanding, from the inside, of the Commission’s policy-making in areas that affect its interests,” she wrote.

BlackRock’s segregation of its advisory arm from its investing unit was not enough to prevent staff from being “influenced by the general strategic interests of the company,” O’Reilly wrote, while noting that the Commission systemically faced conflict-of-interest issues when engaging the private sector in policy discussions.BlackRock has taken steps to address criticism of its environmental impact. Fink said in January that the firm would make sustainability integral to its business and strengthen its commitment to transparency in its investment stewardship activities, including shareholder votes.

But with a majority of its roughly $8 trillion of assets in products that are linked to indexes, BlackRock has amassed large holdings of companies that may not pass the muster of some ESG investors. Where that is the case it is down to the company’s stewardship team to prod companies to change, though without the ultimate threat of divestment.

So far in 2020, BlackRock has consistently voted against the reelection of board members at firms it deems to be making insufficient progress on disclosing climate risks, though it has withheld support from some seemingly bolder resolutions.“By choosing BlackRock, the Commission basically handed Big Finance the steering wheel for the implementation phase of its action plan on sustainable finance,” said Kenneth Haar, a researcher and campaigner at Corporate European Observatory, a member of Change Finance. “Asking BlackRock to suggest the best rules for sustainable finance is like asking a nuclear power company for advice on a nuclear phase-out.”