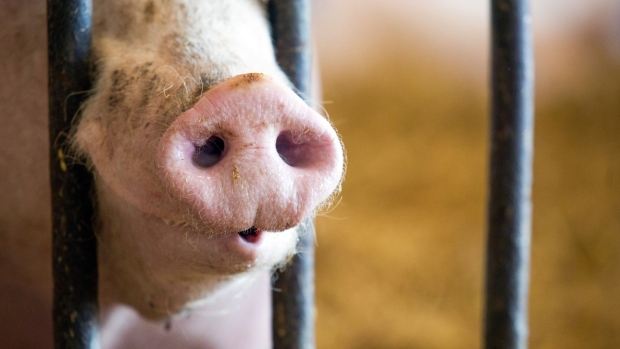 (Bloomberg) -- The European Union’s food watchdog set out recommendations on how to rear pigs, in its first scientific opinion on animal welfare since the bloc launched a sustainable food plan.

The European Food Safety Authority recommended that minimum space allowance for pigs should be increased, and that some sows should be housed in pens rather than crates, among other measures. The practice of tail docking -- which is used to stop pigs biting their tails if distressed -- should not be performed routinely, it said.

The EU’s so-called farm-to-fork sustainable food plan was unveiled in 2020, but is coming under pressure as farming groups argue that the livestock industry is already facing higher costs from energy and inflation. Food prices rose to a record in March after the war in Ukraine added to pressures from the pandemic, and are still higher than usual for this time of year. A decision on curbing the use of pesticides under the plan was initially delayed after Russia’s invasion.