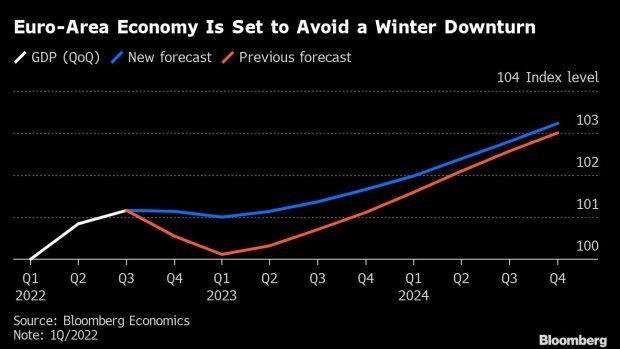 (Bloomberg) -- With energy costs dropping, the euro zone is set to escapes two consecutive quarters of contraction by the narrowest of margins, according to Bloomberg Economics’ latest projections. Whether a “technical recession” — two consecutive quarters of contractions — is recorded or not, the key takeaway is that the combination of surprising resilience and a smaller squeeze on real incomes makes a deep downturn in the euro area much less likely. Warm weather and a light-footed response from energy-intensive businesses have loosened Russia’s stranglehold on the euro-area economy — BE no longer forecasts a significant winter downturn.