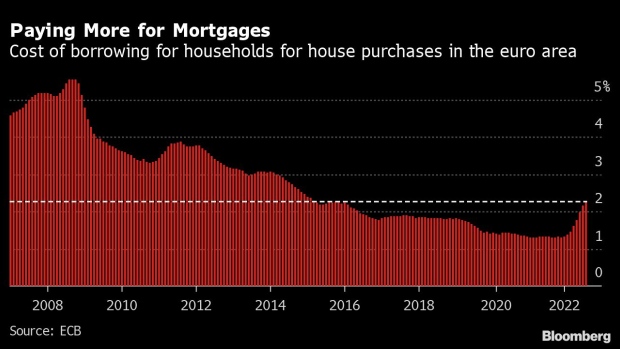 (Bloomberg) -- The first full month of euro-area data on mortgages after the European Central Bank started its interest-rate-hiking cycle show that banks are continuing to pass some of that move on to consumers. At 2.26%, the cost in August was at the highest in seven years and is almost a full percentage point up from where it was at the beginning of 2022. With the ECB increasing rates by 75 basis points in September and likely to do so again later this month, further such increases are almost sure to materialize.