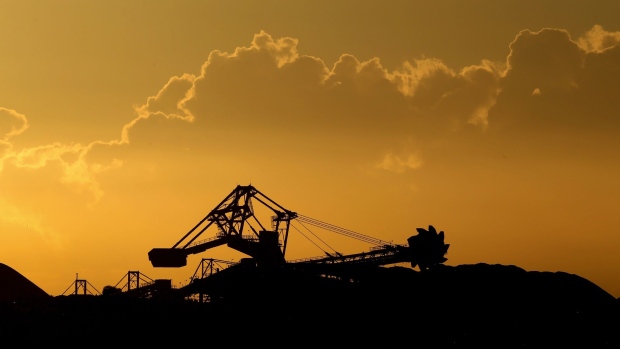 (Bloomberg) -- Producers of power-station coal in Australia, the second-biggest exporter, have only limited capacity to send cargoes to Europe to help replace Russian fuel, according to a Brisbane-based miner.

New Hope Corp., which operates the 10 million tons a year Bengalla mine on Australia’s east coast, has held talks with prospective customers in Europe and with local government officials, who’ve urged domestic suppliers to assist.

“We do have the ability to place spot cargoes, but it’s fair to say that most producers would have their supply tied up within the short-to-medium term,” Rob Bishop, New Hope’s chief executive officer, said in an interview.

There’s no prospect of any decline soon in continued strong coal demand, while supply remains constrained, the producer said Tuesday in a presentation. New Hope swung to a first-half profit from a loss in the same period a year earlier on higher prices.

Thermal coal loaded at Australia’s Newcastle port, a benchmark for seaborne supply, soared to a record earlier this month as buyers shun Russian shipments and also seek alternatives to expensive natural gas. Prices have since retreated, though remain about double the rate of a year ago.

“Prices can’t stay at this level forever,” though will likely to remain elevated for some time, Bishop said. New Hope had not yet sent any cargoes to Europe and most of its coal remains contracted to existing customers in Japan, South Korea and Taiwan, he said.