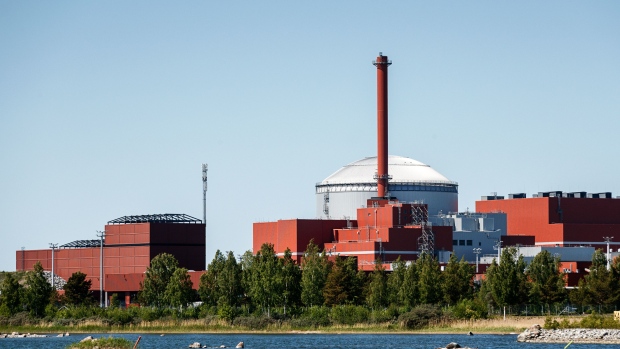 (Bloomberg) -- Europe’s newest nuclear reactor now has the biggest output too, bringing some relief to the region’s strained electricity market.

Finland’s Olkiluoto-3, which sits on a peninsula by the Baltic Sea, reached full power for the first time last night, its operator Teollisuuden Voima Oyj said in a statement on Friday. The 1,600-megawatt unit is still in a testing phase, with regular production slated to begin in December.

The plant provides vital supplies to the Nordic nation after imports from Russia were cut completely in May. The Finnish grid has warned of rolling power cuts this winter as Europe faces its worst energy crisis in decades. The three reactors at Olkiluoto now produce 40% of Finland’s electricity.

The reactor, which cost its operator roughly $6.4 billion, has been testing since March. When construction began in 2005, the unit was set to be the world’s largest, but was overtaken and is now the third most powerful globally, TVO said.