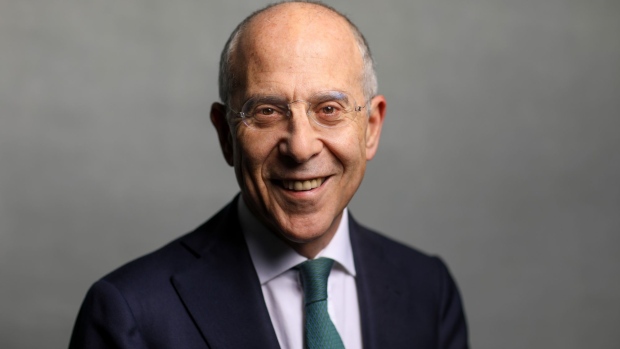 (Bloomberg) -- Enel SpA, Europe’s biggest utility, is set to invest 160 billion euros ($190 billion) over the next 10 years on a bet that demand for green energy and electrification will surge globally.

Under Chief Executive Officer Francesco Starace, Enel has sought to ride the accelerating shift to a low-carbon world, committing vast sums of money to expanding its renewable power, networks and energy-efficiency divisions. Its bold investment plan comes as competition for new projects intensifies, with utilities now vying with oil majors pushing more aggressively into the sector.

Enel plans to invest about 40 billion euros over the next three years, driving annual profit gains of as much as 10% over the period, the Rome-based company said Tuesday. Almost half of that spending will be channeled to renewable energies.

It’s a “monster investment” program and is above expectations, Roberto Letizia, an analyst at Equita SIM SpA, said in a note.

The utility will offer shareholders a guaranteed fixed dividend with a target of 43 euro cents a share in 2023, the strategic plan shows. An increase in the use of so-called sustainable finance --- which will account for about half of total gross debt in 2023 --- will allow Enel to lower its cost of borrowing.

The company made no mention Tuesday of any decision on the potential sale of its 50% stake in telecommunications company Open Fiber SpA. The Italian government, which owns about 24% of Enel, has pressed the utility to sell its holding, which has attracted a 2.65 billion-euro bid from Macquarie Group Ltd.

Starace did however touch on acquisition opportunities, saying Enel would favor distribution networks over generation assets.

“We keep this approach open,” he said during a presentation. If an opportunity arises, “we think this is the right time.”

Enel said almost half of its investments will be directed to developing infrastructure and networks, while the rest will be allocated to power generation. The company expects to have about 120 gigawatts of installed capacity by 2030, almost three times more than the current level.

Enel forecast an increase of 8% to 10% a year in adjusted net income through 2023. Adjusted earnings before interest, taxes, depreciation and amortization will rise 5% to 6% annually, reaching as much as 21.3 billion euros in 2023.