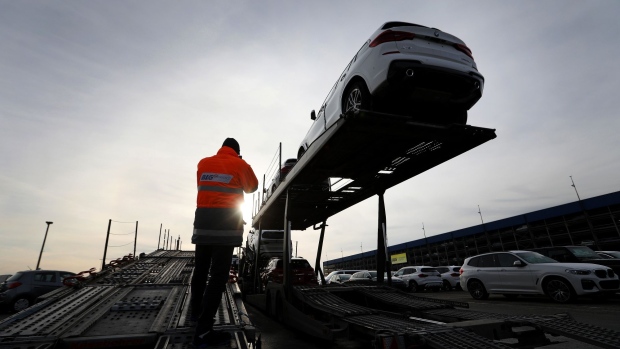 Europe’s automakers and consumers should brace for another year of supply-chain snarls crimping vehicle output.

The European Automobile Manufacturers’ Association expects the global chip shortage to stretch into 2022, probably causing members to miss their own production forecasts, according to a document seen by Bloomberg News.

“Car production volumes in Europe will likely be substantially lower than expected this year and next,” the group said in an annex to a letter it sent to the European Commission. “Supply will not be in line with demand.”

The European car sector is on course to fall short of last year’s disastrous showing after producers in the region logged their worst September sales in more than a quarter century. The global component shortage that’s snarling production lines has caused prices for vehicles -- new and used -- to jump as inventories have dwindled.

The latest assessment from ACEA is a blow to the expectations of some researchers that the semiconductor shortage will subside next year.

IHS Markit expects European car production to climb 16% to almost 18.6 million units next year -- output that would bring the industry closer to pre-pandemic levels of around 20 million. ACEA will publish its 2022 forecasts early next year.

The lobby group in its accompanying letter, which was first reported by the Financial Times, also called for action to reduce dependency on Asian chip suppliers to avoid future supply-chain disruptions.

“The gravity of the situation requires a strong and coordinated response across the European Union,” ACEA President Oliver Zipse, who’s also the chief executive officer of BMW AG, wrote in the letter.