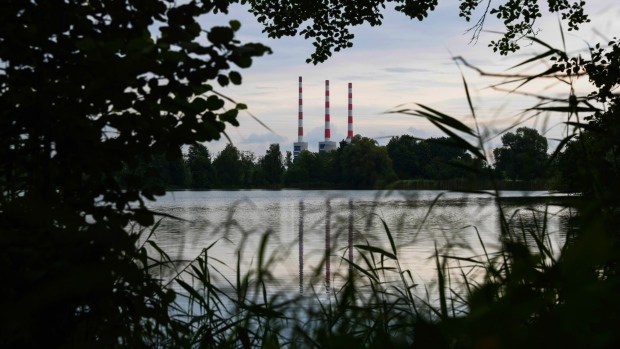 The global rise in energy prices shows, in a way, what a chaotic transition to greener power looks like. One remedy to volatile fossil-fuel costs is more renewables.

Take Europe for example. Wind speeds have been below average this year, which has led to a greater reliance on natural gas. That phenomenon coincided with a global supply crunch that has pushed prices even higher. As a result, dirtier coal-power plants are coming online. It’s not a good look for the European Union, which is pushing through an ambitious green strategy, or for the U.K., which is due to host global climate talks in Glasgow in November.

“As we start phasing out coal and nuclear capacity that’s been in the system for decades, there’s a risk that prices will have to rise further,” said Toby Couture, director at consultancy E3 Analytics. “If it starts jeopardizing power reliability and significantly increasing energy prices that people pay, it could lead to significant political pushback.”

Despite some worries, that hasn’t yet happened on a large scale in Europe. A possible reason is that the continent hasn’t faced widespread risk of blackouts, such as those seen in California, Texas and New York this year. Another might be that energy cost as a proportion of income remains below historical levels. Or it’s a reflection that Europeans, who rank climate change as one of the top concerns, may be accepting of slightly higher energy prices if it leads to a lower-carbon world.

It shouldn’t be a surprise that fossil fuels are expensive. Solar and wind power are now cheaper than gas or coal in much of the world, according to research group BloombergNEF. Renewables are also much less volatile. The cost of solar and wind is locked in at the time of installation, while fossil fuel prices can be affected by a multitude of factors, from drilling accidents to geopolitics.

That cost disparity is even more pronounced in Europe because of the bloc’s carbon market meant to disincentivize investment in dirty energy sources. Power plant operators have to pay for every ton of carbon dioxide they emit. Prices have nearly doubled this year to 60 euros ($72) a ton, gaining more than 18% since mid-July as more utilities switched from gas to coal, which generates more CO₂.

Companies and investors have also pushed costs up by buying permits this year in anticipation that the EU’s plans to accelerate emission cuts will tighten supply. In March, analysts at BNEF forecast that the carbon price would hit 60 euros by 2024. A few months later they were already predicting prices as high as 65 euros by the end of this year.

The carbon economics that were expected to arrive years from now are already here. With such strong policies in place, the answer to higher energy prices is not more fossil fuels, but more supply from renewables instead. “What we’re seeing on electricity markets is definitely avoidable,” said Toby Couture, director at consultancy E3 Analytics. “Power prices don’t need to be as high as they are, we just need to get serious about scaling up renewables.”

Consider what’s happening in Spain. Energy prices have more than tripled this year to over 150 euros per megawatt hour. That’s partly because of lower wind speeds, but it’s also because Spain underinvested in solar despite having some of the best sunshine in Europe. Spain has been correcting that in recent years, but that new supply wasn’t ready in time to avoid the current electricity crisis, leading the government to try and accelerate construction.

Eventually new gas supply will come online and prices will come down. Many of the bloc’s countries have committed to phasing out coal as soon as 2025, so switching back to the dirtiest fossil fuel will no longer be an option in the future. Within a few years, we should see a high penetration of renewables with supporting technologies such as hydrogen or next-generation batteries instead.

The pathways to reach net-zero emissions by 2050 appear as smooth curves on analyst presentations. The surge in European energy prices is a reminder that reality will be much different.