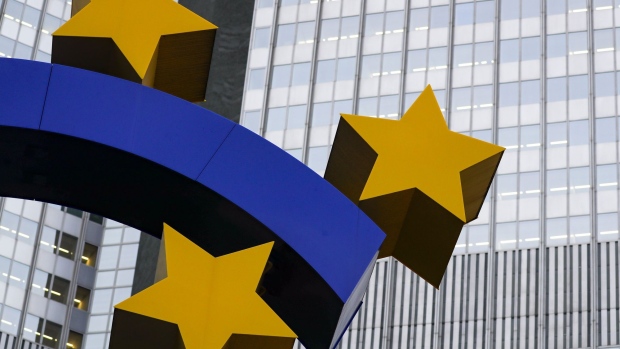 (Bloomberg) -- Europe’s finance chiefs are to confront a wave of money-laundering scandals within the banking industry by recommending that a regional agency be formed to prevent such crimes.

Officials will call on the European Commission, the EU’s executive arm, to further consider and make a proposal for setting up a common institution to fight illicit financial flows, according to a draft document seen by Bloomberg. They’re set to agree on the recommendations Thursday in Brussels.

The current framework’s shortcomings have been laid bare by a string of high-profile scandals that have shut down banks and slashed lenders’ share prices in several European countries. A coordinated response by the region’s finance ministers would open the door for a revamp of the system’s supervision, which is vulnerable to abuse because it’s largely legislated along national lines.

Sweden’s SEB AB last month became the latest lender under scrutiny after acknowledging that more than $90 billion in transactions were made at its Estonian operations by non-residents, with roughly a third at “increased risk for money laundering.” That followed scandals over the past two years including at Danske Bank A/S, Nordea Bank Abp and ING Groep NV.

While an accord would reflect widespread recognition on the need for reform, there are still many questions on what exactly needs to be done, according to two officials involved in the talks who asked not to be identified because the discussions aren’t public. Thorny issues include areas like law enforcement, which are traditionally handled at the national level, they said.

The commission should “explore in particular the possibilities, advantages and disadvantages of conferring certain responsibilities and powers for anti-money laundering supervision to a Union body with an independent structure and direct powers,” according to the document.

A lack of cooperation between authorities across the EU has been identified as one of the key weaknesses exploited by launderers. The main question pondered by bloc officials is whether to centralize supervision under a common agency to get the problem under control.

The Netherlands, France, Germany, Italy, Spain and Latvia outlined their preference for such a solution last month, jointly calling for a “supervision function” at the European level. Member states should also have less leeway in how they apply EU anti-money laundering rules, they said.

To contact the reporter on this story: Alexander Weber in Brussels at aweber45@bloomberg.net

To contact the editors responsible for this story: Dale Crofts at dcrofts@bloomberg.net, Chris Bourke