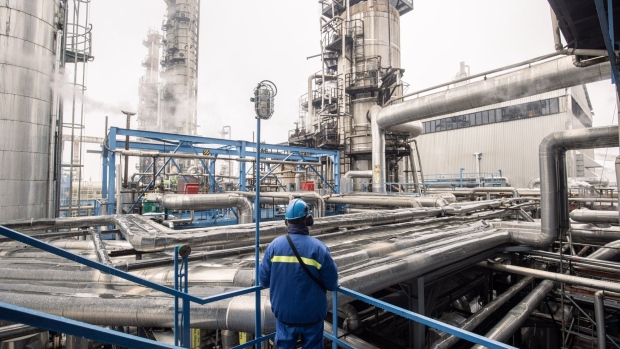 Nitrogenmuvek Zrt. was one of the first European producers to come back online, after the plant was idled in August as Russia squeezed gas flows and prices spiked. Gas is a key feedstock for nitrogen fertilizers and about 70% of Europe’s ammonia capacity was offline in September.

While gas prices have dropped to less than half their August peak, 2023 will be the first full year with little, if any, Russian gas coming to Europe, Chief Strategy Officer Zoltan Bige said in an interview. The plant, which mainly produces calcium ammonium nitrate from local dolomite, has already been idled for 210 days this year.

“I am not sure if we can avoid shutdowns in the first quarter as risks are still existing,” Bige said. “Market activity is starting to pick up, but it’s still not in line with normal conditions.”

Ammonium nitrate prices reached record levels earlier this year as European plants were idled and Russian exporters struggled with logistical challenges following the invasion of Ukraine. Moscow is trying to reopen an ammonia export pipeline that runs from Togliatti to the port of Odesa in Ukraine, but some buyers are shunning Russian supplies regardless of availability, according to Bige.

“Having access to any additional ammonia can be helpful,” Bige said. Still, “receiving gas is more crucial than having this ammonia because we do have our ammonia capacities in Europe.”

About 30% of so-called NPK fertilizer, which contains essential nutrients for crop quality, is missing from the European market as shipments from Russia have been disrupted, Bige said.

The nitrogen fertilizer deficit can’t be plugged by imports of urea and logistics challenges in the first quarter are likely to underline the importance of local plants for European farmers, Bige said.

“There’s still a good chance to deliver good volume of yields this coming season if the right form of nitrogen is applied in right time and amount,” he said. “It will be crucial in the spring to have the product delivered on time.”

--With assistance from Gem Atkinson.