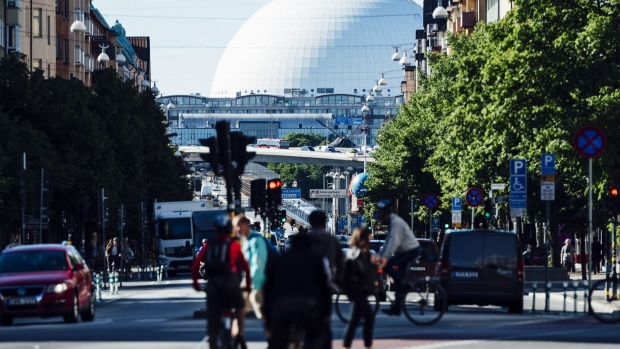 Last spring, as the first wave of the COVID-19 pandemic swept through Europe, Sweden became the continent’s controversial exception on how to tackle the virus. As other countries — from Italy to the U.K. — enforced draconian lockdowns, the Swedes went for a light touch. That sparked outrage among people concerned by a seemingly cavalier approach to the death toll and enthusiasm from those more worried about individual freedom and protecting the economy.

The result was a fatality rate higher than Sweden’s Nordic neighbors, but a smaller hit on the economy than most other European countries (the likes of Denmark excepted).

As Europe struggles with a resurgence of the virus, many more countries are quietly turning Swedish. Governments are happy to impose more stringent measures on cities and regions with bad outbreaks (as Sweden itself is starting to do) but they’re extremely reluctant to crack down too heavily on social interactions, as they did in the spring.

Politicians rightly fear for the economy and public finances, which were battered in the first half of the year, and for the psychology of a population that’s growing tired of lockdowns. This more nuanced approach — compared in the first phase of the pandemic to a “dance” rather than the full “hammer” of national restrictions — can make political and economic sense, despite the accusations of unfairness from the leaders of cities subject to tougher measures. The big question is whether it can prevent another sustained rise in deaths and hospitalizations.

On Sunday night, Italy became the latest European country to avoid taking measures akin to those introduced in the spring. The government chose to keep bars and restaurants open, as well as barber shops and gyms, even though the number of hospitalizations is climbing. In France, President Emmanuel Macron has vowed that there won’t be a new national lockdown; he’s relying instead on targeted closures, for example in the Paris area. Spain — the country worst affected by Europe’s second pandemic wave — has also tightened rules on areas such as the Madrid region, where it barred non-essential movement, but has avoided sweeping countrywide measures.

This change in tack is visible in the data. Oxford University’s Blavatnik School of Government tracks the strictness of measures taken across the world to limit the spread of the virus to calculate a “stringency index.” For Italy, France and Spain this indicator stood at about 50 out of 100 in mid-October. It was higher than 80 in May. Sweden had an index of 46 at the height of the first wave (it now stands at 37). 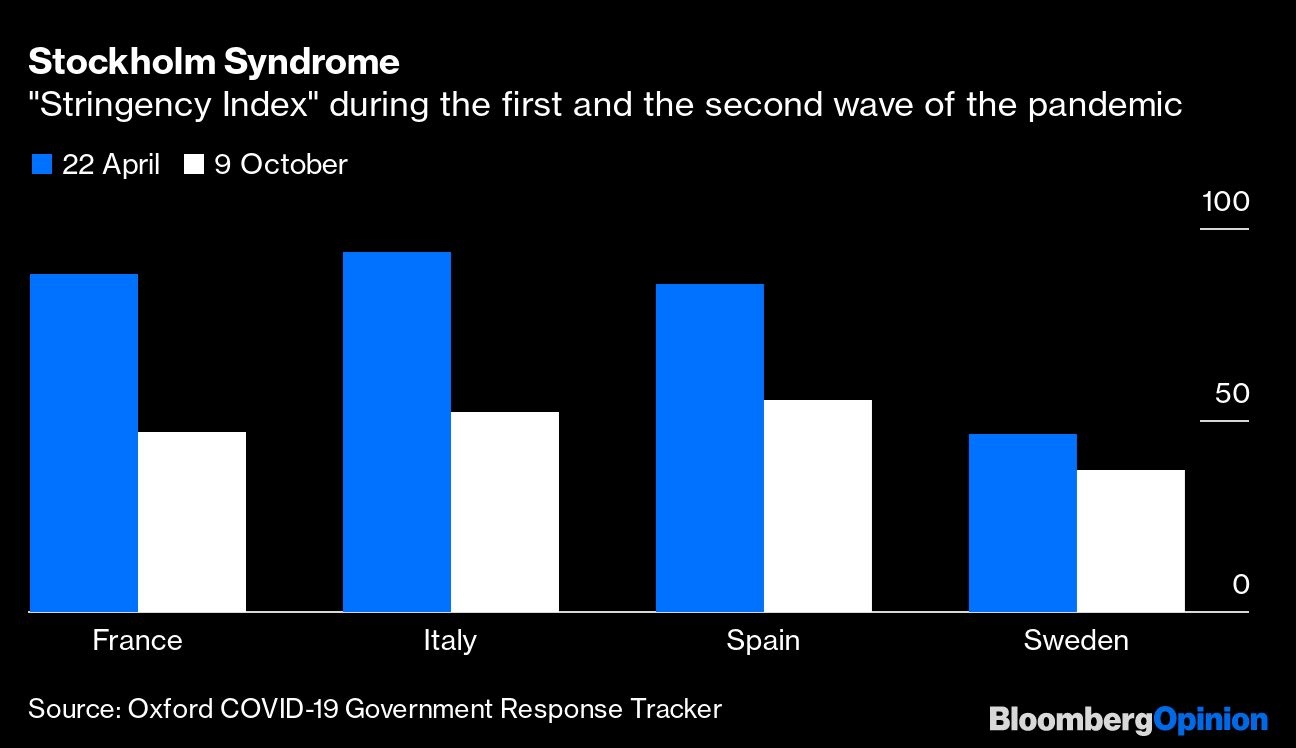 The justification for the softer approach is that this new outbreak is more under control than in the spring. Deaths and hospitalizations are rising, but there are far fewer than before. In Italy, more than 4,000 COVID-19 patients were in intensive care units at the height of the first wave. It’s less than a fifth of that now. National health care systems are performing many more tests than they did in April, and they’re better equipped to deal with a surge in patients.

There’s a hope that voluntary social distancing will limit contagion, as people have a better understanding of the severity of the virus. After all, the Swedes relied on their citizens to take responsibility for their own actions and the pandemic was brought under control in the summer there, as it was elsewhere in Europe.

There are also some — tentative — signs that regional lockdowns may be effective. In Spain, the number of national cases is still climbing nationally, but it has fallen sharply in Madrid, along with hospitalizations.

Unfortunately, it’s impossible to say whether all of this will be enough. It takes little for this pandemic to spiral out of control. As the number of cases climbs, track-and-trace systems are struggling to keep up with the spread of contagion. Testing is still not always available, with bottlenecks in areas with severe outbreaks: In Belgium, for example, only those who display symptoms will now be allowed to take a test. And Europe is entering winter, when people gather inside and coronaviruses spread more easily.

Governments are doing all they can to avoid new national lockdowns, but ultimately the choice isn’t theirs. Ireland is shutting down non-essential movement nationally to curb a surge in infections. If Europe’s hospitals run out of beds, it will become harder to resist calls for greater restrictions. Europe’s Swedish turn hasn’t yet been truly tested.