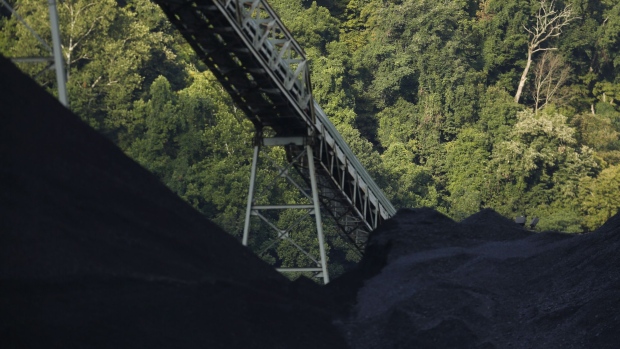 (Bloomberg) -- Transatlantic relations could reach a new low next month as the European Union readies tariffs on billions of dollars of American exports aimed at politically important industries for President Donald Trump and his Republican allies in Congress.

The EU has asked the World Trade Organization to give it the green light to place levies on $11.2 billion of U.S. products over a long-running aircraft subsidies dispute. A ruling is expected as soon as July and the EU is planning to target coal producers, farmers and fisheries, in addition to the makers of aircrafts and parts.

The potential flashpoint comes at a sensitive time, with companies struggling under historic virus-induced recessions and as the November presidential election draws sensitive industries, especially in the American heartland, into ongoing trade conflicts. Missouri, home to Republican Senators Roy Blunt and Josh Hawley, could be a focus of EU tariffs on coal as well as House GOP leader Kevin McCarthy’s California district that produces fruits and nuts.

While the EU has asked for a multibillion-dollar award in the case, in which the U.S. was found to have given illegal subsidies to Chicago-based Boeing Co., Washington has said it expects the WTO to issue a much narrower ruling, with only about $300 million at stake.

The sheer number of pending disagreements between the EU and the U.S. means that a dispute could escalate quickly into a trade war. Earlier this month, Trump renewed a threat to hit European cars with levies, a move that would draw immediate retaliation from the bloc, and has prepared to hit countries including France, Spain and Italy with tariffs if they institute a tax on international technology companies.

The Boeing case comes less than a year after the WTO delivered the U.S. a record $7.5 billion retaliation award in response to the EU’s illegal subsidies to Airbus SE. The U.S. has since levied 15% duties on Airbus aircraft and 25% tariffs on a range of European consumer exports, such as Scotch and French wine.

A large ruling in the Boeing case would allow the EU to retaliate over the Airbus tariffs and would also give the bloc more leverage in negotiating a settlement to the dispute. It would also allow the EU to capitalize on the delicate political situation in the U.S. as Trump’s re-election campaign goes into full swing.

Targeting the $2.7 billion in coal exports to the EU would hit at the base of Trump’s support and would add another headache for the struggling industry. Electricity consumption has fallen after factories, offices and schools closed amid the coronavirus pandemic, dragging down demand for coal.

“The ongoing implementation of tariffs and trade disputes appear to be contributing factors in the slowing of global economic growth, particularly in Europe and China,” St. Louis-based Arch Resources Inc.’s management wrote in its annual report in February.

The proposed tariffs could also target about $700 million worth of U.S. seafood exports to the EU, which would impact Louisiana fishermen represented by Republican House Minority Whip Steve Scalise.

“The timing of this transatlantic punch and counter punch seems intentionally calculated to do maximum harm to the seafood industry,” Bob DeHaan, vice president for government affairs at the National Fisheries Institute, said during a U.S. Trade Representative hearing last year on the aircraft dispute. He asked “why at this precarious time for the seafood trade, it is necessary to drag these companies and their American employees into a completely unrelated dispute the administration is waging on behalf of” the aircraft industry.

Using tariffs to exert political pressure on Trump isn’t new to the EU. In 2018, the bloc retaliated over steel and aluminum duties imposed by the U.S. by targeting iconic American products with duties, including motorcycles and jeans as well as bourbon whiskey, which is produced in Republican Senate Majority Leader Mitch McConnell’s home state of Kentucky.

While it’s still possible that the EU and U.S. reach a negotiated settlement that avoids a tit-for-tat tariff escalation, that prospect looks increasingly remote.

“The U.S. has stepped back from the settlement talks in recent weeks,” the EU’s chief trade negotiator, Phil Hogan, said on June 9. “Positions are therefore still quite far apart,” and if that remains the case, the EU will have “little choice but to exercise its retaliation rights and impose our own sanctions.”