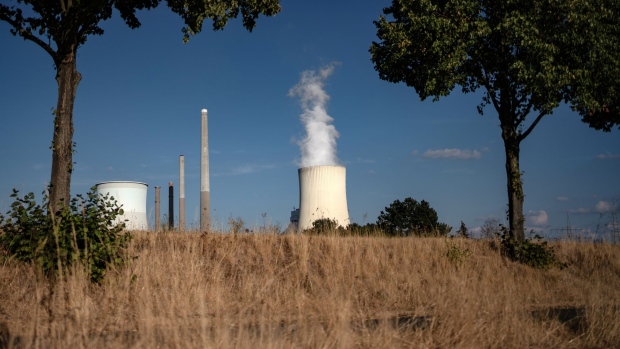 (Bloomberg) -- European regulators are considering whether to make potential losses from climate change a regular part of bank stress tests, an approach that could weigh on the dividends lenders pay to investors, according to people familiar with the matter.

The European Banking Authority’s board of supervisors kicked off discussions this month on how to incorporate climate risks in the tests that take place every two years, said the people, who asked to remain anonymous. The deliberations have just begun, meaning climate would only be included in the 2025 examination at the earliest, they said.

The move is important to investors because the European Central Bank takes account of the losses that individual banks face in the EBA’s stress test scenarios when calculating how much capital they should hold. While other factors also come into play, introducing a new set of climate-related risks could reduce the amount of equity banks have to fund dividends and share buybacks.

“We are in the early stages of the process,” said Jacob Gyntelberg, director of economic and risk analysis at the Paris-based EBA. “Our current focus is to agree on the overall approach in terms of stress test methodology and timing.”

Europe is pushing banks to prepare for the fallout from extreme weather or the prospect of polluting companies defaulting on loans should they face stricter regulation or higher carbon prices. The industry breathed a collective sigh of relief earlier this year when the ECB’s landmark climate stress test showed a lighter hit than feared. But regulators say lenders still don’t grasp the risks they face.

The climate-related data currently available is of poor quality, and that could initially limit any focus on climate in the stress test, said the people. That could mean designing the exercise to rely more on input from the banks or to exclude climate from the exam altogether in coming years, they added.

An alternative would be to conduct parallel exercises that track banks’ efforts in related areas, such as overhauling their balance sheet to support the transition to a more sustainable economy, said one of the people.