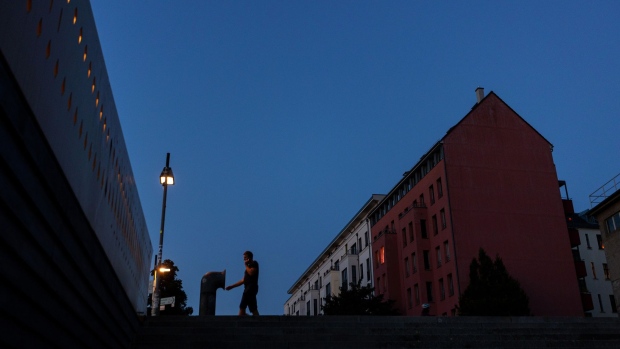 (Bloomberg) -- European natural gas futures extended their gains to a record-high settlement as an energy-supply crunch continued to batter the region, amid signs that the is fuel becoming too costly for industrial use and power generation.

The benchmark contract settled 6.7% higher at 241 euros a megawatt-hour, above the previous record in early March when Russia’s invasion in Ukraine sent shockwaves across markets.

Prices are about 11 times higher than where they usually are for the time of the year, with costs spiraling for households and businesses that are facing the worst inflation in decades. Europe has already lost about half of its zinc and aluminum smelting capacity over the past year due to high energy prices, and more is set to go offline.

Europe is engulfed in an energy crisis fanned by limited supplies from Russia, as well as increased demand amid recovery from the pandemic and a hot and dry summer that has increased the need for cooling. Nations are outlining plans to save gas in the run-up to winter, placing as much gas as possible into storage sites but still preparing for a risk of energy rationing.

While a “nationwide gas shortage does not necessarily have to occur,” Germany expects “there could definitely be gas shortages regionally,” Klaus Mueller, president of the Federal Network Agency BNetzA, said in an interview with news website t-online.

“The restrictions would probably be temporary at first and could end again or occur several times,” the regulatory chief said. “In this case, we have to ensure that the gas is safely transported across the country.”

Europe will likely aggressively tap its stockpiles should curbed flows from Russia continue through the winter, which would mean low inventories at the end of the heating season and a new cycle to refill the facilities in the summer.

“It is all the more important that everyone understands: It’s not just about one winter, but at least two,” Mueller said. “And the following winter could be even harder.”

As the winter supply crunch looms, Europe will have to compete with Asia for available supplies of liquefied natural gas, especially from the US. Tracking with European prices, Asian spot LNG prices were just below $60 per million British thermal units on Wednesday, the highest level since early March.

“An increase in demand from Asia as buyers prepare for winter could raise the number of US cargoes bound for the region in the coming months,” Lujia Cao, a BloombergNEF analyst, wrote in a note.

Elsewhere, water levels on the Rhine River are expected to rise temporarily in the coming days due to rainfall, which could provide some respite to the crisis that has restricted barge transit on the water. However, the river is still historically low. The situation on the Rhine has exacerbated Europe’s energy crisis.