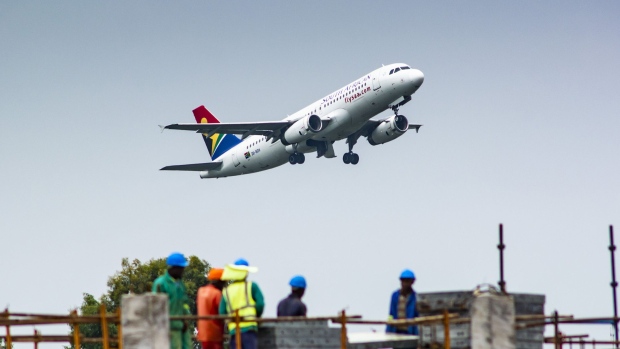 Airbus SE will vie with Thales Alenia Space to develop a moon lander as part of Europe’s contribution to a new wave of manned missions to Earth’s satellite.

The planemaker and the Franco-Italian venture have been selected by the European Space Agency to compete in the definition phase of the European Large Logistic Lander or EL3, according to statements Wednesday.

Airbus plans to devise a lander able to carry 1.7 tons of cargo, with flights starting late this decade. While that’s not soon enough for a role in NASA’s Artemis mission to put people back on the moon in 2024, the craft could help provision a future base there with air, food, water and vital equipment.

Airbus has already been commissioned to develop a service module for Artemis’s Orion spacecraft, providing power and support to a crew module that’s being built by Lockheed Martin Corp.

The EL3 will also give Europe an independent capability to travel to the lunar surface, with the lander launched using an upgraded version of the Ariane 6 rocket. France’s ArianeGroup is owned by Airbus and Safran SA.

ESA aims to fly as many as five EL3 missions over 10 years, according to Airbus, whose space hub in Bremen, Germany, will lead the development work. Projects could include the return of rock samples and the deployment of scientific gear and rovers.

Thales Alenia Space confirmed that it has also been appointed by ESA for an engineering and feasibility study on the EL3, in partnership with space-technology firm OHB SE, also based in Bremen. It sees the lander as a “versatile system that can support a variety of cargo delivery and science missions on the lunar surface.”

TAS, which is 67 per cent controlled by Thales SA with the rest owned by Leonardo SpA, was separately chosen by ESA to develop crew habitation, communications and refueling modules for the planned Gateway lunar orbital platform, another key element of the Artemis program.

Orion spacecraft arriving from Earth would dock at the 40 metric-ton space station, which would be able to host four-person crews for between one and three months. According to plans published by NASA in April, astronauts would travel down to an Artemis Base Camp on the moon for about a week.

The telecommunications module, responsible for links between the Gateway and the lunar surface, will launch in 2024, followed by the habitation element in 2026.

The refueling module, due a year later, will allow the space station to be topped up with xenon and chemical propellants and also prepare for fueling of possible Mars missions, which NASA has said Artemis will help lay the groundwork for.

TAS is also partnered with Leidos Holdings Inc.’s Dynetics division on the development of the NASA Human Landing System -- the craft the U.S space agency says will carry people down to the lunar surface.