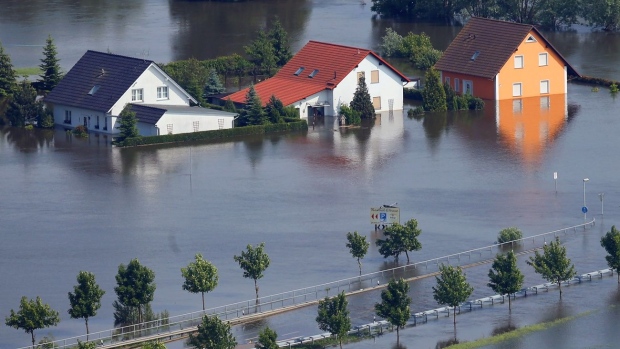 (Bloomberg) -- The European Union’s climate plan might be the most ambitious attempt yet to force a major economy to abandon fossil fuels, and by some measures it still won’t be enough to keep global temperatures from rising. But that’s no reason to despair.

The Fit for 55 package — named for its goal of cutting emissions at least 55% from 1990s levels by 2030 — is a staggeringly detailed piece of work. In more than 3,500 pages it lays out a roadmap that includes expanding what is already the world’s biggest carbon market, putting a price on shipping and aviation emissions, and banning the sale of new combustion engine cars. It boosts the EU’s target for solar and wind energy and seeks to make sure buildings are better insulated. A 72 billion-euro ($85 billion) fund will be set up to help vulnerable households and businesses cope with energy price increases.

The European Commission is already facing pushback from member states and industry groups, even as the complicated art of target analysis suggests it doesn’t go quite far enough. The overall goal of a 55% reduction in itself doesn’t meet the “fair share” requirement as determined by Climate Action Tracker, a collaboration of nonprofits and academic research organizations. The reduction should instead be at least 58% for the EU to be making an appropriate contribution under the Paris Agreement to pursue a warming limit of 1.5C.

While that assessment preceded the actual details of the plan, there are indeed at least a few measures that could have moved more quickly. Automotive emissions, for example, were initially proposed to be cut as much as 65% by 2030, a target that was lowered to 55% in the final document. In the original “climate target plan” released in September, building efficiency had been assigned a much stronger goal.

But this isn’t, and won’t be, the high point of climate policy. Like every proposal, this one was steeped in compromise and political realism. The package is designed to be palatable enough that it stands a good chance of surviving the complicated negotiations ahead. An impact assessment of the package determined that the most prudent choice was to stick to the higher end of a 50% to 55% emissions reduction. It showed that the investment needed to execute the plan would boost economic growth as much as 0.5% by 2030. As the Commission points out, the bloc would save 110 billion euros in health damages by the end of the decade, and save another 100 billion euros from reducing energy imports.

The fact that a proposal of this scope could be crafted to be politically feasible shows how far global understanding of the urgency of the climate crisis has come. The deadly floods wreaking havoc in central Europe are just the latest sign that no continent is safe.

The plan also has the potential to reach beyond the borders of the EU. Expanding the emissions trading scheme to cover shipping and aviation means these global industries will finally be subjected to some more stringent pressures. Not so long ago, the idea of penalizing imports for their carbon footprints was considered wildly idealistic. Now, in the absence of an international mechanism, the EU is making the first attempt to tackle carbon leakage — the problem of carbon-intensive manufacturing shifting to jurisdictions that have looser environmental regulations — by proposing the world’s first carbon levy. The U.S. Democratic party’s endorsement of a “carbon border mechanism” on the same day, even though it lacked specifics, suggests the EU may not be the only one pushing for some sort of worldwide carbon taxing system in the future.

The EU plan’s international effect is let down, however, by failing to disburse the proceeds from the carbon border adjustment mechanism to sustainable development in poorer countries. That would serve multiple purposes. Such disbursement would increase the EU’s effect on cutting emissions, both directly and indirectly. A survey published in March of attitudes among Asian countries suggests that this would improve the reaction from developing countries such as India and Indonesia that are more likely to perceive it negatively. Redistributing the proceeds would have a diplomatic, multiplier effect. And although the country-level emissions accounting framework of the United Nations’ climate body only counts domestic emissions, the greater responsibility put on developing nations is so fundamental to the Paris Agreement that the 55% target would be judged as far more credible if it included this feature.

There’s a long road ahead and the package probably will likely be watered down after regional and industry politics has played out. But rather than being preoccupied with shortcomings and political wrangling, we should cheer that the EU took a big step in the right direction. Then get back to work finding ways to take even bigger steps, quickly.