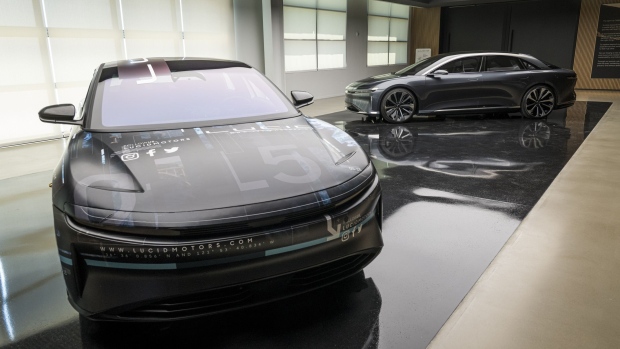 (Bloomberg) -- The blank-check company seeking to buy electric-car startup Lucid Motors Inc. made a last-minute appeal for retail shareholders to vote for the deal amid signs that it’s struggling to win their approval.

Churchill Capital Corp. IV, the special purpose acquisition company started by investment banker Michael Klein, adjourned its Thursday shareholder meeting that was to determine the fate of the merger, pushing the decision back to the following day. It also appealed again in a new statement for shareholders to sign off on the deal.

“The company still needs additional votes to obtain approval for that proposal by a majority of its outstanding shares,” according to the statement. “As a result, the meeting has been adjourned to obtain the required votes.”

The two companies are trying to woo the very investors that pushed Churchill’s shares up more than 130% this year. They’ve sent out multiple notices to shareholders, with Lucid CEO Peter Rawlinson reaching out in a video earlier this week, and the voting deadline was extended Thursday morning just hours before the meeting was set to take place. Churchill also asked investors who were holders of record to vote even if they’ve already sold their shares.

Churchill’s announced merger with Lucid in February was then the largest proposed SPAC deal ever. The stock surged more than 500% at one point, bid up amid enthusiasm for the green revolution and the waning of the internal combustion engine.

But Lucid delayed the start of production more than once over the course of the pandemic as it faced industry-wide supply-chain issues and quality-control concerns. Rawlinson has said Lucid is on track to start production for customer deliveries in the second half of 2021.