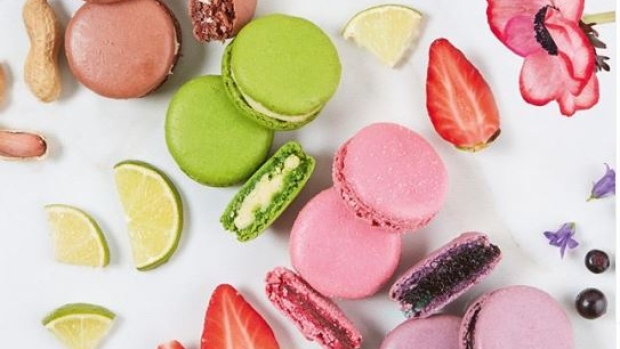 Five years ago, when Elisabeth Holder, co-president of French macaron shop Ladurée, asked her Parisian chef to put a kale salad on the menu, he told her it was “rabbit food.” She made him add it anyway, and the seasonal Soho Salad, which contained kale, chicken, cranberries, and pumpkin seeds, became a best-seller, even in Paris.

Now Holder and her brother, Chief Executive Officer David Holder, want to go a step farther to redefine a 150-year legacy laced in butter and eggs.

Later this summer, Ladurée will revamp its two-year-old Beverly Hills location as a fully vegan outpost, a first for the brand. The menu will use such ingredients as almond buttermilk and coconut oil and is being created by chef Matthew Kenney, author of 13 books and a leader in the growing market of high-end plant-based cuisine.

Then, on Sept. 18, the brand will add vegan macarons and other plant-focused items to the menu at its Paris locations and then roll them out to roughly 80 locations worldwide. Ladurée will still offer classics such as the croque monsieur and, of course, the non-vegan macarons they’re famous for.

“When I tell them in Paris we’ll have the vegan macaron and the vegan croissant, they look at me like ‘OK, what is she saying?’” Holder says. “It’s a revolution.’’

The original “salon de thé” was founded by Jeanne Souchard, the wife of baker Louis Ernest Ladurée. In 1871, she had the idea of combining the styles of the Parisian cafe and pastry shop. The macarons for which it is famous are traditionally made with egg whites and have a creamy filling in the middle. The brand’s melt-in-your-mouth confections were featured prominently in Sofia Coppola’s Marie-Antoinette movie in 2006.

Today, stopping in and walking out with an iconic pale green bag is arguably as fashionable as a trip to the Eiffel Tower, whether in London’s Harrods department store or an outpost in Tokyo. Ladurée opened its first U.S. shop on Madison Avenue in New York in 2011. A SoHo store opened downtown five years ago.

But Holder says she and her brother inherited a “sleeping beauty” that needs to evolve. They are the children of Francis Holder, chairman of the private banking conglomerate Groupe Holder, which bought Ladurée in 1993.

In SoHo, three versions of avocado toast are on the menu so that “whatever your diet,” says Holder, “you can find something.” The homemade brioche with smoked salmon and soft boiled egg sells best. “We are not aiming to deviate from the ethos that has made Ladurée a global success,” says Kenney. “Instead, our focus will be on the reinterpretation of the essence of Ladurée while employing plants toward this objective.”

New dishes that illustrate this include a Vol-au-Vent puff pastry with morels, champignons, and almond velouté. An omelette comes with tomato confit and a gruyère made from cashews.

A savory—let alone vegan—guest chef is a first for Ladurée. Kenney, a graduate of the French Culinary Institute who also has licensing agreements with the Four Seasons Hotel Group, Saks Fifth Avenue, and Neiman Marcus, deems plants “the future of food,” and is known to swap goat cheese for hazelnut chèvre.

As for the chef who turned his nose up at kale, Holder laughs: “Now that chef is not at Ladurée anymore.”