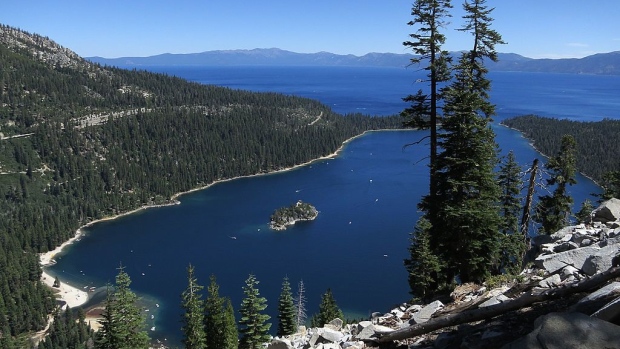 (Bloomberg) -- With summer flashing by, many Americans are eager to finally get away after scarcely leaving their neighborhoods for the better part of 18 months.

Whether due to fear of a resurgent coronavirus fueled by the delta variant or the chaos that is air travel this summer, many would-be vacationers are looking closer to home. In the New York area, that means a more intense hunt for beach getaways on Long Island or the Jersey Shore. But pent-up demand has also made staying local an expensive proposition—and definitely more pricey than before the pandemic.

Reservations in the U.S. for the period between July and September are up 80% compared to 2019, according to figures compiled by property management software company Guesty. As a result, the cost has shot up, running around 28% higher versus two years ago. “It’s very clear that travel is back, big time,” Guesty Chief Operating Officer Vered Schwarz said. “But it’s really skewed toward domestic travel.”

From New York to California, it will likely be difficult to get your hands on a late summer bungalow if you haven’t booked already. And if you do, it won’t be cheap. But those who can afford it are splurging anyway.

In the Hamptons, a favorite retreat for New York City’s rich and possibly famous, there’s little availability and prices are about 50% higher than before Covid-19 struck, real estate agent Cathy Tweedy said. Rates hover around $35,000 for a few weeks, and even that is probably too low.

“We have seen more rentals at $1 million and more than ever before,” Tweedy said. “There used to be like one. Now there are probably a dozen.”

Given the lack of supply, some holiday-goers are picking locales they wouldn’t have considered a top choice before. Tweedy said that Springs, a somewhat overlooked hamlet east of the South Fork’s more famous spots, is experiencing a hotter market at the moment. But no matter where in the Hamptons you go, there are people “willing to pay what they have to to be here,” she said.

A similar dynamic is playing out on the New Jersey shore, albeit at prices more palatable to non-billionaires. Rents there are 10% to 20% higher from their pre-pandemic levels, said real estate agent Lisa Temple, highlighting a five-bedroom property for $11,000 a week.

Temple said she’s much busier than in 2019, in part because more people are flocking to the area given that they can’t go abroad or simply want to stick closer to home.

For $11,000, “you can take a family to Europe,” Temple said. “The problem is, no one is going to Europe. No one is going overseas.” Even though air travel has rebounded, international trips were 40% below pre-pandemic levels in the week ended July 27, according to industry group Airlines for America.

Adding to price pressure on rentals is increased cleaning expenses tied to the pandemic, Guesty’s Schwarz said. However, she’s noticed hosts being more accommodating with flexible cancellation policies, which she recommends seeking when booking new trips.

However, the number of available properties has declined, in part because house and condo owners are spending more time out there, he said. That means average daily rates are 20% to 30% above normal levels. Not that it’s stopping anybody.

“The value seems to still be there,” he said.