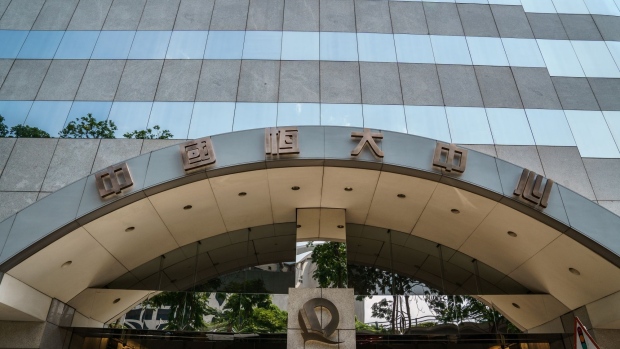 In the latest move by a creditor to protect its assets, Leo Group Co. said it filed a lawsuit against Evergrande’s Hengda Real Estate unit to pay for advertisements. It’s asking a Shenzhen court to freeze some of the unit’s assets, including bank accounts, an exchange filing showed Tuesday.

Meanwhile Moody’s lowered the credit grade on China’s most indebted developer by two notches to Caa1 with a negative outlook. Evergrande’s refinancing risk is “heightened” over the coming 12 to 18 months given its weakened funding access and liquidity position, Moody’s analysts led by Cedric Lai said in a statement late Monday.

The downgrade followed similar revisions by Fitch Ratings and S&P Global Ratings last week, and it’s the second cut by Moody’s since late June. The move by Leo Group may hamper sales campaigns by Evergrande, which has been aggressively marketing its property projects to raise cash, according to Bloomberg Intelligence analyst Kristy Hung.

“Evergrande’s liquidity challenges could heighten with a lawsuit by a marketing partner seeking the freezing of some assets of subsidiary Hengda for a payment,” Hung wrote.

The property giant has resorted to offloading assets as it tries to reassure investors about its financial health and meet China’s so-called three red lines -- requirements that curb developers’ debt ratios. It announced plans this week to sell more of its internet unit for HK$3.25 billion ($418 million) to ease funding pressure.

Moody’s said Evergrande’s funding access has weakened, as demonstrated by its highly volatile onshore and offshore bond prices. Investors and creditors have become less confident amid continued negative news about the company, it added.

A Caa level rating reflects “very high credit risk” at a bond issuer. The category below that, Ca, means Moody’s considers the issuer to be either in or very near default.