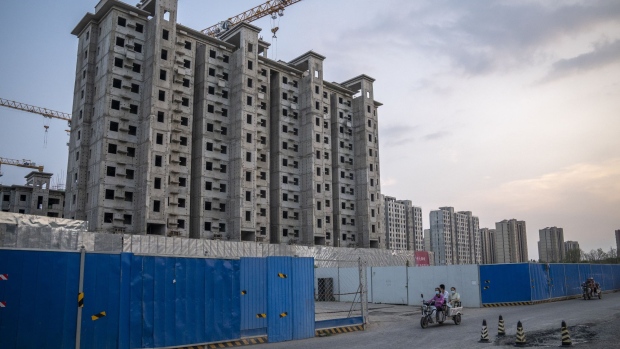 The world’s most indebted developer has yet to announce its offshore debt-restructuring plans, falling short on its promise to do so by the end of 2022. Evergrande didn’t immediately respond to a request seeking comment during non-business hours.

With about 1.97 trillion yuan ($286 billion) of liabilities, the company is facing a winding-up lawsuit in Hong Kong, while sitting at the heart of a property crisis that’s triggered a flurry of defaults and caused home construction halts across the country.

Evergrande’s fate has broader implications for China’s $58 trillion financial system, and could send ripples across banks, trusts and millions of home owners. It would likely be among the country’s biggest-ever restructuring efforts. The sheer size has left investors worried that any collapse may spark financial contagion and curb growth in the world’s second-largest economy, which depends on the housing market for about a quarter of gross domestic product.

The company previously failed to come up with a “preliminary restructuring plan” it promised by the end of July. It met with an ad-hoc group of its dollar bondholders in early December to formally discuss a proposal, Bloomberg reported earlier.

It expected to receive support from offshore creditors by the end of February or early March, the developer’s legal representative said during a winding-up hearing in late November. Evergrande was urged by the judge of winding-up case to present “something more concrete” during the next hearing on March 20.