Is the Evergrande Crisis a Contagion Risk?

China Evergrande Group injected a fresh dose of uncertainty into financial markets on Wednesday, issuing a vaguely worded statement on a bond interest payment that left analysts grasping for details.

Evergrande’s onshore property unit said in an exchange filing that an interest payment due Sept. 23 on one of its yuan-denominated bonds “has been resolved via negotiations off the clearing house.” While the comment helped trigger knee-jerk gains in some risky assets, Evergrande didn’t specify how much interest would be paid or when.

That fueled speculation among some analysts that the developer struck a deal with local bondholders to postpone the payment without having to label the move a default. 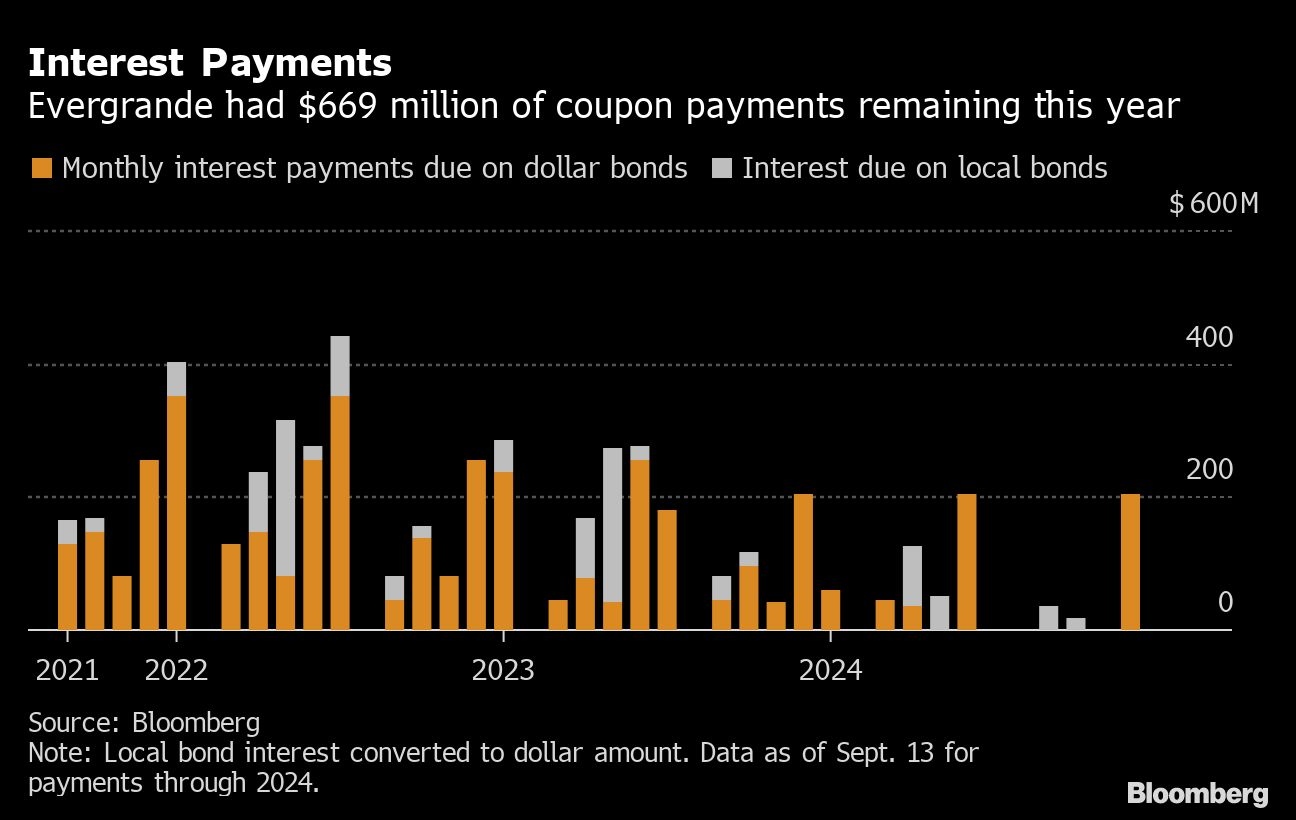 “Usually it will involve extension, payment in installment or a reduction in the coupon,” Li said. “This is one of the ways to avoid defaults by distressed companies.”

The arrangement may help Evergrande avoid another round of negative headlines, but it’s unlikely to quell concerns about the company’s long-term financial health. Investors around the world are scrutinizing Evergrande’s every move as they try to gauge whether its cash crunch will lead to financial and economic contagion.

Calls to Evergrande seeking comment on the interest payment went unanswered. The company’s Hong Kong-listed shares weren’t trading on Wednesday because of a local holiday, while its 8.25 per cent dollar bonds due March 2022 were indicated down 0.7 cent to 24.5 cents, according to Bloomberg-compiled prices.

Evergrande’s German-traded shares, prone to outsized swings due to low liquidity, rose 39 per cent as of 12:14 p.m. in Frankfurt, paring this year’s decline to 75 per cent. China’s CSI 300 Index of large-cap shares dropped 0.7 per cent.

Billionaire Hui Ka Yan’s developer is widely seen as headed toward one of China’s largest-ever debt restructurings, though the company and Communist Party leaders have so far given few indications of how they plan to resolve a liquidity crisis that has roiled markets from Hong Kong to New York.

Evergrande missed loan interest payments due Monday to at least two of its largest bank creditors, according to people familiar with the matter. The developer, Asia’s largest issuer of junk bonds, also has an interest payment due Thursday on the March 2022 dollar bond.

Chinese authorities have quietly begun laying the groundwork for a potential restructuring, assembling accounting and legal experts to examine Evergrande’s finances, people familiar with the matter said earlier this month. They’ve also taken some measures to limit the potential fallout, most recently by pumping 120 billion yuan (US$18.6 billion) into the banking system on Wednesday.

Evergrande has more than US$300 billion of total liabilities, including US$19.2 billion in outstanding offshore notes and 53.5 billion yuan in local securities. The amount due Thursday for the coupon on its 5.8 per cent 2025 local bond was 232 million yuan, according to data compiled by Bloomberg.

“Evergrande might have arrived at some kind of standstill with onshore holders,” said Daniel Fan, a credit analyst at Bloomberg Intelligence. “They might have asked them not to act, pending for negotiation for a rescheduling or something of that sort.”

The developer owed US$669 million in interest through the end of this year, including US$83.5 million for the coupon payment due Sept. 23 on the dollar bond. There’s a 30-day grace period before a missed payment on that note would become a default, according to the bond covenants.