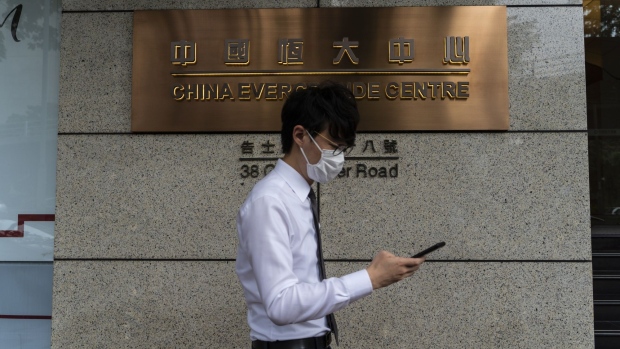 A pedestrian walks past the China Evergrande Centre in Hong Kong, China, on Friday, Sept. 25, 2020. China Evergrande Group is facing a crisis of confidence among creditors who've lent the world's most indebted developer more than $120 billion. , Bloomberg

(Bloomberg) -- China Evergrande Group sold stakes in its internet unit for $570 million to ease funding pressure, according to an exchange filing late Monday.

Evergrande has resorted to offloading assets and spinoffs, as it tries to meet so-called “Three Red Line” requirements that curb developer debt ratio. On Monday, the country’s most indebted developer said it would sell shares in a Hangzhou unit to a company controlled by a repeated investor in Evergrande’s affiliates. Evergrande’s founder Hui Ka Yan has repeatedly tapped deep-pocketed friends and supporters to raise funding to fend off its liquidity crisis.

Several large Chinese banks have decided in recent months not to renew loans to the company when they mature this year, Bloomberg reported earlier Tuesday.