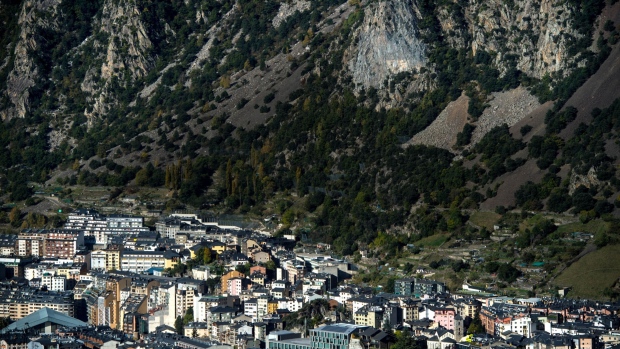 A tiny, isolated nation in the Pyrenees is turning into a creative hub for some of Spain’s biggest social media stars.

YouTubers are flocking to Andorra, a principality of 77,000 people that’s best known as a haven for wealthy bankers, sports stars and tax-free shopping. Their arrival is a boost for an economy threatened by a declining population and the impact of climate change on its skiing industry.

“This is like the Silicon Valley of YouTubers -- everyone is here,” said Victor Dominguez, who runs the Wall Street Wolverine business and innovation channel on YouTube. He said he moved to Andorra last year to escape the pandemic and because “it’s easy to produce content when there’s another YouTuber five minutes away.”

Some of their Spanish compatriots suspect other reasons for the exodus of famous gamers including aLexBY11, Willyrex, Vegetta, The Grefg, Lolito and Staxx, and point to Andorra’s top-rate income tax rate of 10 per cent, which compares to 54 per cent back in Spain.

When star YouTube gamer ElRubius told his 39 million followers last month he was off to Andorra, Spanish national media condemned the move as cynical and unpatriotic. Spain’s tourism-reliant economy has been laid low by coronavirus, and youth unemployment stands at around 40 per cent.

“I think it’s unsupportive. Railroads and pensions have to be paid for,” Ana Rosa Quintana, one of Spain’s biggest television celebrities, said on her Telecinco morning show.

Stung by the backlash, ElRubius took down a video in which he’d cited Andorra’s tax haven status as a “plus” and uploaded an open letter explaining that he moved in search of more anonymity. In Andorra, he could hang out with his friends in the street instead of being cooped up at home in Spain with the shutters closed.

“What I am going through these days in the mainstream media and in social media only shows how rotten the climate of debate is in Spain,” he wrote.

Andorran Economy Minister Jordi Gallardo said his government never courted social media stars. They came of their own accord to benefit from its great health and education, pleasant climate, fast fiber-optic broadband -- and low taxes.

“Well-known people can have a very normal life in Andorra. They can go shopping, do any activity without being the focus of media or any social pressure,” Gallardo told Bloomberg.

Since 2019, it’s been possible to give “YouTube” as your company’s purpose when registering it in Andorra, said local tax lawyer Pau Auge. He said the microstate is even drawing influencers from France and the Netherlands. He has YouTubers as clients and said the numbers are growing.

The indignation in Spain is having little obvious impact on their popularity. Viewer engagement for ElRubius, The Grefg and aLexBY11 has continued to grow since they spoke about moving to Andorra, according to social media marketing platform Socialbakers.

The media backlash has still been a shock for influencers who have millions of followers yet rarely find themselves in the national spotlight.

Maria Martinez, who saw a surge in demand for her YouTube fitness videos during lockdown, last month posted a lengthy video on Instagram justifying her move to Andorra with her husband. It failed to win over newspaper El Espanol, which published a take-down of her arguments.

The story was headlined “Her Implausible Excuses.”