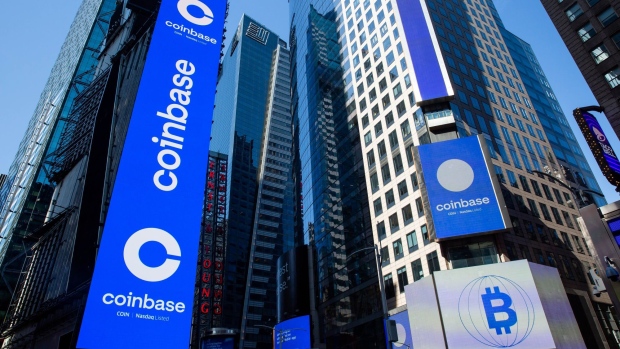 (Bloomberg) -- US authorities arrested a former Coinbase Global Inc. product manager for allegedly leaking insider information to help his brother and a friend buy tokens just before they were listed on the crypto exchange, according to people familiar with the matter.

The move on Thursday to detain Ishan Wahi, who helped oversee listings for a Coinbase unit focused on investment products, follows a sweeping probe that involved prosecutors in the Southern District of New York and the Securities and Exchange Commission.

The exchange operator wasn’t a focus of the probe and won’t face charges, the people said.

Wahi tipped off his brother, Nikhil Wahi, and friend Sameer Ramini when tokens were about to be listed by the exchange, according to another person who like the others asked for anonymity because the probe hadn’t been publicly disclosed. Nikhil Wahi and Ramini, who are also subjects of the government’s investigation, allegedly used that information to trade dozens of tokens from at least June 2021 until April 2022 for a profit of more than $1 million, that person said.

Coinbase lets Americans trade more than 150 tokens, including many that have been added in recent months. Because of the platform’s status as the US’s largest crypto exchange, coins can often see a rush of interest -- and a surge in price -- immediately after being included.

Coinbase didn’t immediately respond to a request for comment. A spokesman for Manhattan prosecutors confirmed the arrests. The SEC declined to comment.