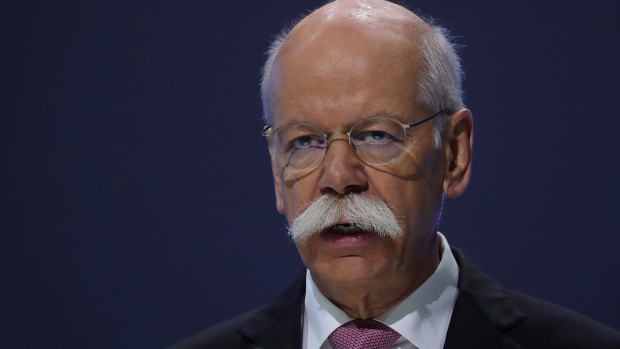 Dieter Zetsche, outgoing chief executive officer of Daimler AG, addresses the automaker's annual general meeting in Berlin, Germany, on Wednesday, May 22, 2019. Departing Zetsche promised cost cuts and an efficiency drive to restore profit margins as the man who steered the Mercedes-Benz carmaker for more than a decade leaves his successor to tackle unprecedented industry upheaval. , Bloomberg

Its latest SPAC, Kensington Capital Acquisition Corp IV, filed Thursday to raise $200 million in an initial public offering. The company said it will focus on acquiring a business “operating in the global automotive and automotive-related sector.”

SPACs offer early stage companies an easier route for going public than a traditional IPOs. As is typical with other SPACs, Kensington Capital IV will have two years to find a merger target and complete a deal, or face the prospect of refunding its investors.

Zetsche, who left Daimler in 2019, brings more than 45 years of automotive experience to the SPAC, including his role in the 2007 split of Daimler and Chrysler, according to the filing. Zetsche also serves on the board of Luminar Technologies Inc., a company that was backed by tech billionaire Peter Thiel and went public in a SPAC deal in 2020.

Kensington’s first SPAC reached a deal in 2020 to acquire solid-state battery startup QuantumScape. The combined company’s shares listed in November that year and have fallen about 26% from its price at the time.