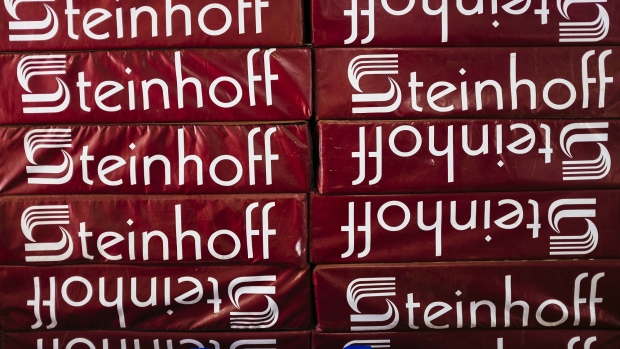 (Bloomberg) -- An ex-Deloitte LLP partner is facing disciplinary action in the Netherlands for an improper audit of Steinhoff International Holdings NV prior to the South African retailer’s near collapse more than three years ago.

The Dutch Authority for the Financial Markets accuses Patrick Seinstra of failing “to obtain sufficient and appropriate audit evidence from the annual accounts,” according to papers from the hearing.

Deloitte refused to sign off on Steinhoff’s accounts in late 2017, leading to the resignation of then Chief Executive Officer Markus Jooste and a share price slump. The firm had been auditing Steinhoff for years, initially in South Africa and then from Europe after the company moved its primary listing to Germany.

In the probe that followed the scandal, PwC uncovered 6.5 billion euros ($7.8 billion) of irregular transactions between Steinhoff and eight firms between 2009 and 2017.

The AFM’s claims specifically relate to Steinhoff Europe, where the PwC forensic investigation showed a large part of the alleged fraud took place. The retailer’s European accounts were audited by Commerzial Treuhand GmbH, and the regulator says Seinstra failed to check the German firm’s submission was correct.

Commerzial Treuhand is not aware of any misconduct in its work, Managing Director Timo Cybucki said by email.

Seinstra submitted an “extensive statement of defense” in response to the AFM’s complaint. This focuses on Steinhoff’s background and the planning and design of the audit and the fraud, according to the AFM papers. Still, the AFM maintains that Seinstra “has acted culpably under disciplinary action”.

The Auditor’s Chamber can impose measures ranging from a conditional fine to a cancellation of the accountant’s registration. Still, it can’t issue an order for costs or decide compensation in the way a civil court judge can.

Deloitte Netherlands discovered irregularities at Steinhoff during the annual audit in 2017, “despite the fact that the auditor was found to have been deliberately misled,” it said in an emailed response to questions. It then insisted on “an independent investigation” that confirmed “the complex management fraud.”

Deloitte has offered a contribution of 77.9 million euros toward Steinhoff legal settlements, without admitting liability and in exchange for certain waivers.

The AFM case was earlier reported by the Johannesburg-based Financial Mail.