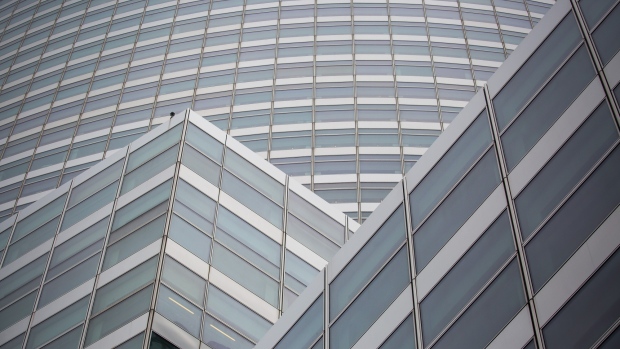 Goldman Sachs Group Inc. headquarters stands in New York, U.S., on Friday, March 1, 2019. A rally in shares of technology companies helped push the broader U.S. equity market up from the lows of the day. Treasuries fell for a third day and oil slumped. , Bloomberg

A former Goldman Sachs Group Inc. banker was sentenced to three months in prison for using a secret account to reap thousands of dollars in illegal profits by trading on inside information about company clients.

Woojae “Steve” Jung, 38, a South Korean citizen living in San Francisco who worked as a vice president at Goldman Sachs, pleaded guilty in December to helping his brother in South Korea trade by pointing him to stocks Jung had illicit tips on.

Prosecutors had recommended that Jung serve 18 to 24 months behind bars, citing federal sentencing guidelines. Jung had asked the judge to spare him prison, saying in a letter that he made the trades to help his brother, who had a gambling problem.

“While it seemed like I was helping my family in the short term, my poor judgment has led to larger, unfathomable problems and irrevocable damage,” Jung wrote to U.S. District Judge Lewis Kaplan. “I take full responsibility for my wrongdoing and I am deeply regretful.”

“We’re very pleased that the judge imposed a below-guideline sentence,” Jung’s lawyer Patrick Smith said. As it is, Jung’s conviction threatens his immigration status in the U.S. and leaves him with “no realistic prospects for future employment in the financial services industry,” his attorneys had said in a sentencing memorandum.

“Mr. Jung betrayed the trust the firm placed in him,” said Goldman spokeswoman Maeve DuVally. “We’re pleased he was brought to justice.”

Jung graduated from Seoul National University and worked for three years at McKinsey & Co. before attending the Wharton School in Philadelphia, where he got his MBA. He joined Goldman Sachs as a junior investment banker in the Natural Resources Group. He was transferred to Goldman’s Technology, Media, and Telecommunications Group in San Francisco in August 2015 and then promoted from associate to vice president.

Prosecutors said Jung closed a personal brokerage account shortly after joining the bank and opened a bank-approved one to comply with internal policies and allow Goldman to track his trading.

In reality, they said, he secretly opened a separate account in a friend’s name and used it to facilitate his brother’s trades in shares of at least 10 companies based on inside information he got about deals involving the bank’s customers. His trades involved companies including the New York-based software maker CA Inc., the Dutch technology firm NXP Semiconductors NV, and FEI Co., an Oregon-based supplier of scientific instruments for nanoscale applications.

Jung was charged in May 2018 with conspiracy and securities fraud for running the scam from 2015 to 2017. He left the firm in June 2018, according to Financial Industry Regulatory Authority records.

He pleaded guilty to fraud over trades in the securities of KLA-Tencor Corp. from October 2015 to October 2016, based on inside tips about a pending merger. Lam Research Corp. had agreed to acquire KLA-Tencor for $10.6 billion in October 2015. It gave up on the deal a year later after U.S. regulators said the merger would harm competition.