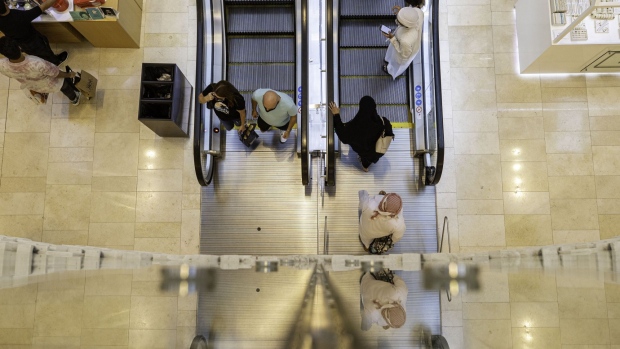 Investcorp is considering listing a special purpose acquisition company in the UAE, according to people with knowledge of the matter, boosting momentum for the Middle East’s nascent blank-check market.

The Bahrain-based asset manager, which previously backed luxury brands Tiffany & Co. and Gucci Ltd., is working with banks including Moelis & Co on setting up a regional SPAC that could raise as much as $250 million, the people said, asking not to be identified as the information isn’t public.

Talks are preliminary and Investcorp may still decide against listing a blank-check firm, the people added. Representatives for Investcorp and Moelis declined to comment.

The United Arab Emirates is plowing ahead with creating a SPAC market, even as Wall Street banks beat a hasty retreat from the business in the US as regulatory risks stack up. Poor returns and a slew of pulled deals have also weighed on what had previously been one of the financial industry’s hottest fads.

A blank-check firm backed by Abu Dhabi’s wealth fund ADQ and Chimera Investments is today closing the order book for the Middle East’s first SPAC listing. Other deals waiting in the wings include Gulf Capital, which is looking to raise about $150 million, people with knowledge of the matter said.

SPACs are cash shell companies that raise money from investors in an initial public offering with the sole purpose of buying a private business within a specified time frame, typically about two years.

Abu Dhabi regulators approved a legal framework for SPACs in January, while neighboring emirate Dubai has proposed its own set of rules. Saudi Arabia’s bourse is still considering whether to allow the vehicles, its chief executive officer said last year.

All eyes are on the blank-check listings in Abu Dhabi as a bellwether for the trend in the wider region. In Asia, which has also sought to jump on the SPAC bandwagon, activity has declined as a result of poor investor sentiment and a weak market for listings generally.

Investcorp, which has among its shareholders Abu Dhabi sovereign fund Mubadala Investment Co., has already listed two blank-check firms in the US, one looking for targets in Europe and another in India.

Investcorp has been moving into new business areas as it tries to more than double assets under management to $100 billion. It has launched a Middle East infrastructure fund and another for investing in blockchain startups, while it’s also in talks to buy Italy’s AC Milan football team, Bloomberg News has reported.