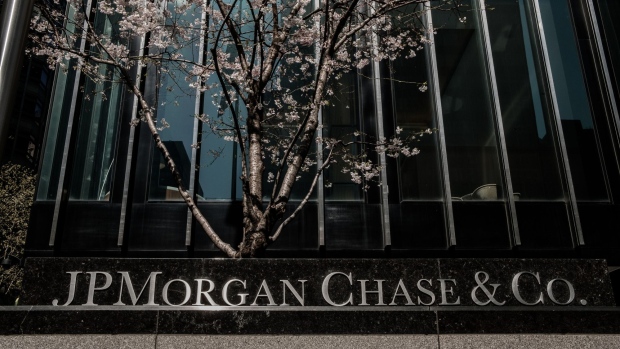 (Bloomberg) -- A lawyer for a former JPMorgan Chase & Co. trader on trial for scheming to rig foreign currencies slammed the government’s case, telling jurors that prosecutors are unfairly simplifying the market.

Akshay Aiyer is accused of working with other traders to eliminate competition and boost their banks’ profit by fixing prices and rigging bids and offers for African, European and Middle Eastern currencies, including the South African rand, the Russian ruble and the Turkish lira.

Joceyln Sher, his lawyer, said in opening statements on Thursday that the government’s case is based on “highly flawed and seriously compromised witnesses” who are implicating Aiyer to win a break from prosecutors after they pleaded guilty to their own crimes. And what Aiyer did wasn’t a crime, she argued.

“There was no agreement to rig bids and fix prices,” Sher said in Manhattan federal court. “It wasn’t written, it wasn’t spoken, it didn’t exist. The traders always independently decided what prices they provided to their customers based on the information they were receiving.”

Aiyer, 36, is a native of India who came to the U.S. in 2002 to attend college. He joined JPMorgan in 2006 and worked there until 2015, first as a foreign-exchange analyst and later as a trader. Indicted last year on a single count of conspiracy, he faces as long as 10 years in prison and a $1 million fine if convicted.

The charges stem from a mutiyear probe by the Justice Department’s antitrust division into price-fixing in currency markets. Banks have paid more than $10 billion in penalties for currency-market abuse.

Former Barclays trader Jason Katz was the first person to plead guilty when he admitted in January 2017 to conspiring to fix prices while working at three different firms over six years. Ex-Citigroup Inc. trader Christopher Cummins admitted guilt a week later. Both are expected to testify against Aiyer.

In court on Thursday, a prosecutor told jurors that Aiyer and his co-conspirators “secretly ganged up with each other to fix and manipulate prices” by placing fake bids to drive trades in their favor. Assistant U.S. Attorney Kevin Hart said they held almost daily conversations in electronic chat rooms, on the phone and through text messages, agreeing to suppress and eliminate competition by coordinating their moves and sometimes refraining from trading against each other.

“They stacked the deck in their favor because it’s easier for them to make money through collusion than in the rough and tumble of the market,” Hart said.

Sher said it’s not that simple. Foreign exchange markets are large and “enormously complicated,” she said, and traders often communicated with each other to exchange information, or “color” -- a practice that was common and encouraged by employers. While they may have used “embarrassing, exaggerated or immature” language while talking to each other, there was no scheme to influence prices, she said.

“Mr. Aiyer is a hard-working, decent person who was just trying to do his job,” she added.

To contact the editors responsible for this story: David Glovin at dglovin@bloomberg.net, Steve Stroth