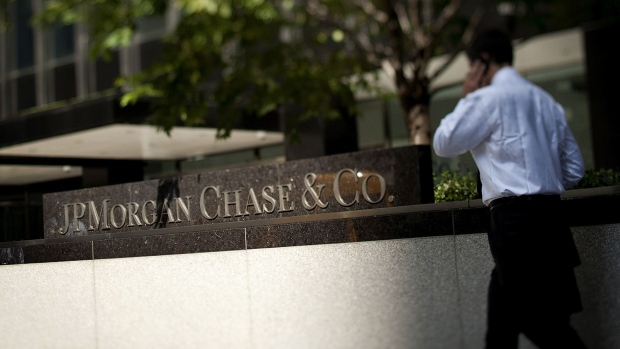 (Bloomberg) -- A federal jury in New York is set to start mulling the fate of former JPMorgan Chase & Co. banker Akshay Aiyer, who is accused of conspiring with traders at other banks to eliminate competition by manipulating currency markets and boost their own profits.

Over more than two weeks, prosecutors presented evidence highlighted by testimony from former Citigroup Inc. trader Christopher Cummins and Jason Katz, who had worked at Barclays Plc. They had pleaded guilty and agreed to help the government in exchange for a recommendation of leniency at sentencing.

Cummins and Katz spent about half the trial on the stand, telling jurors that the traders plotted in chat rooms, on the phone and at social gatherings to rig trades while leading customers to believe that they were actually competing with each other.

“It’s like sitting at a poker table,” Assistant U.S. Attorney David Chu told jurors during closing arguments Tuesday. “Everyone’s supposed to be independent. What you don’t expect is two people sitting next to each other sharing each other’s hands. It gives them an advantage.”

But defense attorneys say Cummins and Katz are simply trying to save themselves and that the traders all made their own decisions independently.

They pointed to comments from the two traders contradicting the government’s contentions -- such as Cummins’s statements that the scheme consisted of an “understanding” rather than a formal agreement.

They also pointed to testimony from their own expert, Richard Lyons, a professor of finance at the Haas School of Business, who said that it’s valuable for traders to maintain relationships as a way of sharing information, which helps them manage risk more effectively and obtain more accurate prices for customers.

During closing arguments, Martin Klotz, a lawyer for Aiyer, said Cummins in particular “looked like a hostage or a prisoner of war or something, making a statement for the cameras.”

The charges against Aiyer are part of a multiyear crackdown by the Justice Department’s antitrust division into price fixing in currency markets. Banks around the world have paid more than $10 billion in penalties for misconduct in the currency markets, although prosecutors have had mixed results in currency-rigging trials.

Aiyer, 36, is a native of India who came to the U.S. in 2002 to attend college. He joined JPMorgan in 2006 and worked there until 2015, first as a foreign-exchange analyst and later as a trader. Indicted last year on a single count of conspiracy to violate antitrust laws, he faces as long as 10 years in prison and a $1 million fine if convicted.

To contact the editors responsible for this story: David Glovin at dglovin@bloomberg.net, Joe Schneider, Peter Blumberg