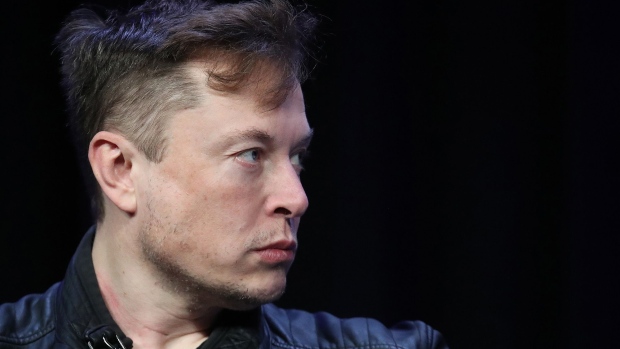 (Bloomberg Law) -- A Big Law associate who drew the ire of Elon Musk for his prior work at the U.S. Securities and Exchange Commission has left Cooley for an assistant general counsel position at the online trading platform Robinhood Markets Inc.

Walker Newell, a former senior counsel at the SEC, was part of an investigation of Musk that saw the self-proclaimed “technoking” of Tesla Inc. agree to a $40 million settlement. The case stemmed from tweets Musk made in 2018 about taking the electric automaker private.

Newell has reunited at Robinhood with Cheryl Crumpton, another former member of the SEC team that probed Musk and is now the company’s head of litigation, regulatory enforcement, and investigations.

The Wall Street Journal reported in January that Musk had pressured Cooley to fire an unnamed associate that the firm hired from the SEC. Three sources familiar with the matter told Bloomberg Law that the associate was Newell.

The Journal said Cooley rebuffed Musk, and then Tesla and SpaceX stopped sending work to the firm and added competitors to matters already being handled by Cooley.

Musk, after publicly criticizing the Biden administration, said in a May 20 tweet said he was looking for new attorneys that are “hardcore streetfighters, not white-shoe lawyers like Perkins or Cooley who thrive on corruption.”

Cooley’s peers have praised the firm for standing up to Musk. A statement from the firm confirmed Newell’s exit on good terms to pursue an in-house opportunity.

“His departure had nothing to do with any specific client matters or demands,” Cooley said in its statement.

Newell didn’t respond to a request for comment. Robinhood declined to comment. Records on file with the State Bar of California confirm his employment with the company.

Newell, a former associate at Wilson Sonsini Goodrich & Rosati, joined the SEC in 2015. Musk, who has said he was “unlawfully” forced to settle with the SEC, is along with Tesla facing litigation from shareholders over his 2018 tweets.

Newell is not alleged to have done anything wrong during his time in public service.

His name appears on press releases issued by the SEC announcing the agency’s civil charges and subsequent settlement with Musk. In March, a federal district judge approved a distribution plan for the $20 million being paid by both Musk and Tesla.

The SEC’s case against Musk was related to tweets he made about securing funding to take Tesla private. The SEC initially sought to hold Musk in contempt of court after resolving the case before finalizing its settlement with him and Tesla in early 2019.

As Musk sought to buy Twitter Inc. in April, he unsuccessfully sought to unwind a component of that accord—that a Tesla lawyer vet his company-related tweets. He has continued to quarrel with the SEC this year, including on the disbursement of proceeds from his settlement to Tesla shareholders.

Steven Buchholz, a senior enforcement director with the SEC in San Francisco who was part of the seven-lawyer team that secured the agency’s 2018 settlement with Musk, declined to comment through a spokesperson on the technology entrepreneur’s broadsides against the regulator.

Newell left the SEC in late 2020 for Cooley in San Francisco, where he handled litigation, investigations, cybersecurity, and blockchain-related matters.

He and another Cooley partner entered an appearance last year to represent Manish Lachwani, a co-founder and former CEO of HeadSpin Inc., who is accused of faking invoices to help the startup reach unicorn status.

Cooley had a role on nearly 5% of Tesla’s U.S. federal litigation docket since 2007, as well as more than 9% of SpaceX’s caseload in similar courts during that time, according to Bloomberg Law data.

The firm, which declined to discuss its current relationship with Musk, has advised the business mogul for more than a decade.

Michael Rhodes, a longtime Cooley partner and management committee member, has handled work for both Tesla and Twitter over the years. Rhodes represented Musk in a defamation and breach of contract lawsuit filed against him in 2009 by former Tesla co-founder and CEO Martin Eberhard. That dispute was quickly settled.

Cooley and Rhodes had also been outside counsel to Tesla in a high-profile trade secrets case the company filed against rival Rivian Automotive Inc. Quinn Emanuel Urquhart & Sullivan has since taken over that matter for Tesla.

Musk has a track record of confrontation with legal counsel. Lawyers who have previously worked closely with Musk have praised his brilliance but also cautioned about an impulsiveness that can cloud his vision.

His bid for Twitter, which Musk has said is “temporarily on hold,” has resulted in a public squabble with the company’s top lawyer, Vijaya Gadde. She ran afoul of Musk over her leadership role in labeling misinformation and suspending the Twitter account of former President Donald Trump.

Should Musk acquire Twitter—the SEC is scrutinizing his offer for the company—he’s said he would seek to reverse Trump’s permanent ban from the platform.

A thread on Reddit, an online news and social media aggregation service that sometimes serves as a forum for Big Law professionals, took note of Gadde and Musk’s May 20 tweet about Cooley and Perkins Coie, with one user jokingly noting their new favorite firm was “Perkins, Cooley & Gadde.”

Musk didn’t respond to a request for comment sent to him at Tesla, nor did the automaker’s acting general counsel David Searle. Bloomberg Law reported in March on Searle becoming the sixth in-house legal chief at Tesla since 2018.

To contact the reporter on this story: Brian Baxter in New York at bbaxter@bloomberglaw.com

To contact the editors responsible for this story: Chris Opfer at copfer@bloomberglaw.com; John Hughes at jhughes@bloombergindustry.com