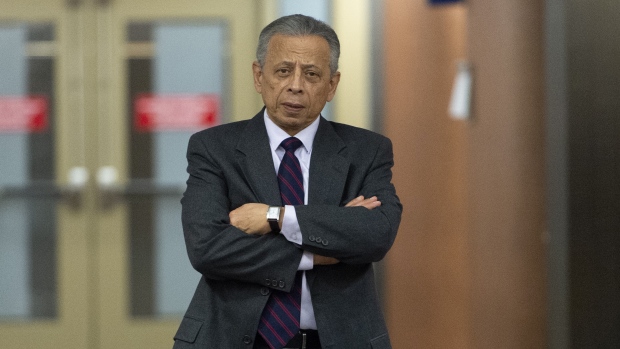 MONTREAL - Former SNC-Lavalin executive Sami Bebawi has been sentenced to eight years and six months in prison on fraud and corruption charges stemming from construction deals in Libya.

Bebawi was impassive as he was sentenced today by Superior Court Justice Guy Cournoyer.

A jury last month found the former head of SNC-Lavalin's construction division guilty of paying off foreign officials and pocketing millions as he worked to secure contracts for the company in Libya.

The Crown had sought nine years behind bars after a jury convicted Bebawi of five charges including fraud, corruption of foreign officials and laundering proceeds of crime last month.

The defence had countered with a suggestion of a six-year prison sentence.