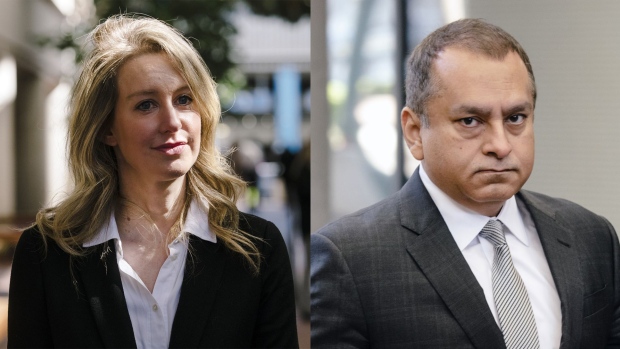 Davila’s decision will reveal whether he views Balwani’s role in the fraud as deeper and more involved than Holmes’s. Whereas Holmes was acquitted of charges she defrauded patients, Balwani was convicted on those counts, potentially making him more vulnerable to a stiffer prison sentence. Prosecutors also want a court order requiring Balwani to pay $804 million in restitution to investors.

Balwani and Holmes were tried and convicted separately of lying to investors and patients about the accuracy and capabilities of Theranos’s blood-testing machines. The pair promised to revolutionize the medical industry by using a few drops of blood to complete a wide array of health tests.

As problems came to light, the company fell apart under scrutiny of regulatory crackdowns, shareholder lawsuits and recriminations. The failure spawned books, a documentary and a television series. Holmes was convicted in January while a jury found Balwani guilty in July.

In their filing late Wednesday, prosecutors argued Balwani’s conviction on the patient counts merits a higher sentence because he knowingly provided “patients with inaccurate and unreliable blood tests” and that shows “a conscious or reckless risk of death.”

Balwani’s lawyers aimed to distinguish him from Holmes in their request for probation or, alternatively, a sentence of house arrest. Balwani invested and lost $5 million in Theranos, never sought fame or recognition, and has a long history of giving to charity, they said.

The 15-year sentence recommended by prosecutors “would essentially be life-ending for Mr. Balwani, a 58-year-old man with no criminal history.”

While Holmes was the public face of Theranos, prosecutors said Balwani played an integral role. Jurors weighing his fate heard some of the same damaging evidence that led to Holmes’s conviction, including emails and texts tying the pair together, both professionally and romantically.