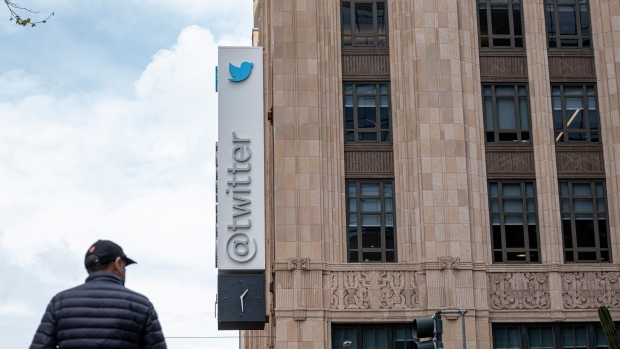 (Bloomberg) -- Former employees from companies including Meta Platforms Inc. and Twitter Inc. are taking to TikTok to give an unfiltered look behind the scenes of the mass layoffs hitting the tech industry.

One video from someone who claims to be an ex-Twitter employee invites viewers to “get ready with me to see if I was laid off from my job” has racked up over half a million views and 80,000 likes. “Get ready with me” (#GRWM) is a common TikTok trope where users invite followers to join them as they do their makeup and get dressed for work, a night out or a first date. Other recent videos are emotional and raw, opening up right after the news hits. Some even share snippets from the moment they’re let go.

From comic to heartfelt, the videos have one thing in common: the simple act of posting challenges the shame and silence that usually prevails after someone gets let go from a job. Those posting say it’s helping them cope with the experience, commiserate with other people in the same situation — and network for the next opportunity.

Daizha Brown worked on a marketing team that promoted Facebook’s services for small businesses and posted on TikTok within an hour of getting a pink slip. “I was stunned, like I can’t believe it came to my inbox,” she said in an interview, referring to the email telling her she had lost her job.  Brown, who’s based in Seattle, is now using the platform to document her journey to whatever’s next with a series of “day in the life post-layoff” videos.

Reality has set in. Here’s my journey ????. I’m ready to get to the “something better” I and everyone keeps telling me about????. But the hardest part is being in the “now” until that comes. I’m gonna take it one mini step at a time. I know future me is cheering me on ❤️ #techlayoffs #metalayoff #dayinmylifevlog #healthyhabits6step #blackgirlsintech #morningroutine #verymuchopentowork #twentysomethings #lifeislifing #therebirth #stillthicktho

Most of the comments she’s received have been supportive and kind, with many people checking in on how she’s doing. The app reminds you that you’re not alone, Brown said, since a quick search of #layoffs brings up dozens of videos of people coping with job loss. “If you’re crying every day, it can be very rough,” she said. “But then you see someone else is crying every day, too. It makes it less personal, since we’re all going through the same thing.”

Megan Arroyo was also laid off from Meta, where she worked in recruiting. “When it happened I figured, there are 11,000 of us,” she said in an interview. “So I’m not the only one going through those feelings — of disappointment and sadness, but also being proud of myself for having that opportunity, having worked for such a great company — all of those conflicting emotions.” Arroyo, who’s based in Chicago, said she’s made a few friends after coming across similar TikTok videos from cohorts.

The overwhelming majority of comments have been very positive, she said, with people adding her on LinkedIn and reaching out to offer referrals. But a few have been critical with a nod to the risk of getting so personal about work online. She described and dismissed some of the comments: “Like, ‘Oh, you’re crying on the internet, if I were a hiring manager, I would never hire you,’” she said in the interview. “I’m like, ‘Ok, that’s great… I don’t really care.’”

The effects of economic uncertainty stretch beyond tech. Marjana Maksuti, who worked in marketing for Global Citizen, an advocacy organization that aims to end extreme poverty, lost her position in New York last week. “There's a stigma around losing your job. It can be one of the most stressful and isolating experiences we go through in our lives,” she said. “I do think it's important for people to share and be open about these things, because it really brings people together and makes them not feel isolated.”

♬ Here Comes The Sun / The Inner Light - The Beatles

Jordan Gibbs, who was laid off  from her New York-based recruiting position at Lyft Inc. this month, said she started a daily vlog as a way to fight the paralysis that sometimes sets in after an emotional blow. “I basically had to figure out a way to get myself out of bed every day,” Gibbs said in an interview. “It really just started as a way, like ok, if I'm going to commit myself to filming a piece of my layoff every single day, it'll help me actually make progress and get something done.” Since then, she’s applied to dozens of roles and has been interviewing with a few companies — including TikTok itself.

I feel like a loser, but I’m hoping, making a Daily video holding myself accountable will speed up the process of finding a job. #layoff #techworkers #lyft

She started with around 1,000 followers at the beginning of November —  mostly friends, colleagues and other acquaintances —  but that count has almost tripled in the roughly two and a half weeks since she began her series. “I do not want to be a famous person, that’s really not my vibe,” she laughed. “But the first one had a kind of reach I just was not expecting, because everyone's kind of going through something so similar, there were a lot of people who found comfort and were interested in me filming my day.”

Since Gibbs started sharing, she’s seen a number of her friends in the tech industry who also got laid off share similar content, often in the form of weekly updates.

“Twitter is kind of like where you go to fire angry things off your chest. Instagram is more like, here’s a perfect version of my life through a stream of photos,” she said. “TikTok, there’s something so specific about that community that just naturally gravitates towards vulnerability, honesty, just being a little bit more raw.”

--With assistance from Jennifer Ryan.