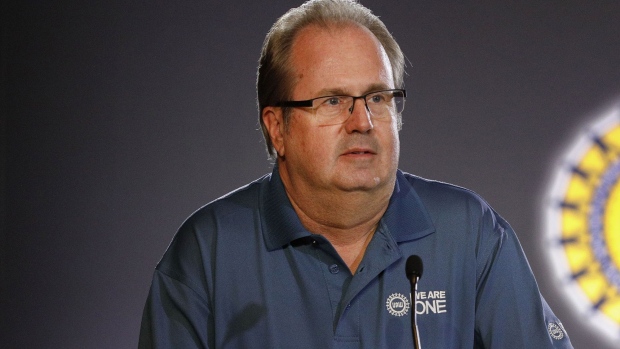 (Bloomberg) -- Former United Auto Workers president Gary Jones was sentenced to 28 months in federal prison for his role in a scheme to funnel millions of dollars out of the labor organization to pay for lavish perks for himself and other high-ranking officials.

Jones admitted to embezzlement and racketeering in June of last year. He’s the latest union official to be punished following a wide-ranging probe of corruption at the union. His predecessor as UAW president, Dennis Williams, pleaded guilty in September and was ordered to spend 21 months behind bars last month.

Prosecutors alleged more than $3.5 million was funneled from a training center in Detroit to pay for personal expenses for union officials, including months-long stays at villas in Palm Springs, California, during union conferences, greens fees at high-end golf courses, thousands of dollars worth of liquor and expensive cigars.

More than a dozen people have been convicted or pleaded guilty in the case. Alphons Iacobelli, who led U.S. labor relations for Fiat Chrysler Automobiles NV until June 2015 and was sentenced in 2018 to 5 1/2 years behind bars for diverting more than $1.5 million in prohibited payments to UAW officials and representatives.

In January, the union agreed to allow an independent monitor to handle internal inquiries of corruption allegations at the organization.