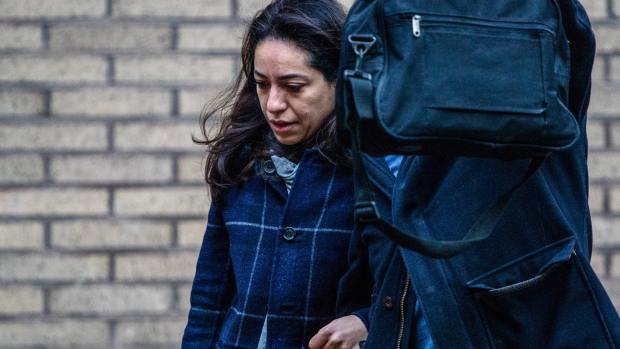 (Bloomberg) -- A former UBS Group AG compliance officer charged with insider trading said she was accessing price-sensitive information about deals she wasn’t involved in because she was "just curious" about the transactions.

On the second day of giving evidence in a London court, Fabiana Abdel-Malek said her colleagues on the compliance team were discussing Vodafone Group Plc’s planned acquisition of Kabel Deutschland Holding AG in 2013. UBS was advising Vodafone, one of its biggest clients, and Abdel-Malek looked up confidential details about the proposed transaction as those around her kept bringing it up.

“It was being talked about every day,” the 36-year-old said Thursday. “I was just curious to see what was going on. I was with my team, they’re all talking, they’re sitting next to me by my desk. It’s all very collegiate.”

Abdel-Malek is accused of leaking confidential details of five planned deals, including the Vodafone-Kabel transaction, to fellow accused Walid Choucair. Her friend made 1.4 million pounds ($1.8 million) in profit by trading on Abdel-Malek’s tips between June 2013 and June 2014, according to prosecutors for the Financial Conduct Authority. Abdel-Malek and Choucair deny the allegations.

Abdel-Malek said she first accessed the UBS database entry about the deal even before it became a topic of conversation, because she spotted a familiar name when she was looking for deals to stay abreast of. But she wasn’t sure why she kept coming back to the deal in the next few weeks, she said.

"Unfortunately, I didn’t appreciate how frequently I was accessing the transaction until I saw it in the evidence," Abdel-Malek said. "I think it was partly reflex, partly nosiness. It was just something I was interested in at this point."

To contact the reporter on this story: Franz Wild in London at fwild@bloomberg.net

To contact the editors responsible for this story: Anthony Aarons at aaarons@bloomberg.net, Christopher Elser, Keith Campbell