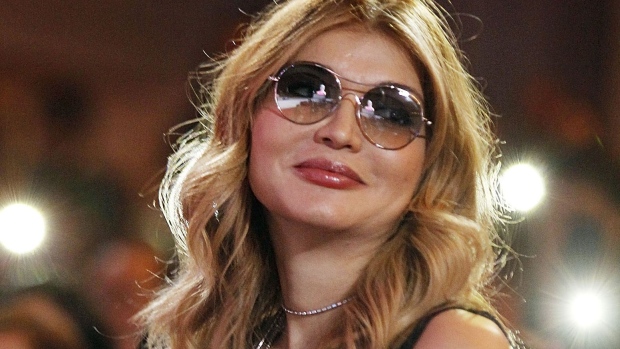 (Bloomberg) -- Gulnara Karimova, the controversial daughter of late Uzbek president Islam Karimov, won a court victory in Switzerland that allows her to try to unblock $350 million in frozen assets in the latest chapter of a almost $1 billion corruption scandal.

A federal appeal court upheld her claim that she was the rightful beneficiary of Takilant Ltd., a Gibraltar-based shell company that had the funds in a Swiss bank account frozen as part of a 2018 penal order, according to the verdict released Thursday.

The criminal order was issued against an individual the court identified only as B., a fellow Uzbek. B. was found guilty of forgery and money laundering for having created a series of companies in her name that were intended to hide the fact that Karimova was the real owner of the cash.

“This is an important victory for Gulnara Karimova, given federal prosecutors tried to force through the forfeiture of her assets by denying her the fundamental right to even take a position in this proceeding,” her lawyer, Gregoire Mangeat, said in an email.

The decision is the latest legal volley in a case that goes back to 2012 when Swiss prosecutors began examining how hundreds of millions of dollars linked to Karimova and a clutch of other Uzbeks ended up in Swiss banks. She has been under investigation for money laundering by the Swiss since 2013, linked to bribes allegedly paid by Western telecoms providers to win business in the central Asian nation.

“The Swiss prosecutors’ file obviously lacks evidence of any illicit origins of the $350 million,” he said, urging that the funds should be returned to his client.

Read more: The Silk Road Affair: Power, Pop and a Bunch of Billionaires

The decision also provides legal cover for Karimova to try to reclaim the fortune before Switzerland decides to return it to Uzbekistan. Swiss prosecutors agreed in September to return 131 million Swiss francs ($146 million) to the Uzbek government that was linked to another person in the case, still leaving hundreds of millions frozen at multiple Swiss banks.

Karimova’s fortunes have changed from the days when she was an Uzbek diplomat with a mansion in Geneva who moonlighted as a pop singer. She has been held for six years in arbitrary detention, and has not had access to her family or lawyers for more than a year, according to Mangeat.

“Her detention in opaque conditions in Uzbekistan should not be used as an excuse to deprive her of her basic rights to a defense, which has now been recognized,” Mangeat said.

She was found guilty of money laundering and extortion by Uzbekistan’s Supreme Court in March and sentenced to 13 years in prison, according to RFE/RL.